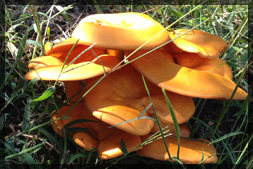 I returned home on April 11, 1994, after ministering again in Cuba. What is close to minimum wage in America, $5 for one hour of work, was what a doctor earned working hard for a whole month in Cuba. There was rationing of food. Toothpaste was unavailable. Yet it was a blessed and fruitful time. Souls were saved, saints were encouraged and God rejoiced. So did I.

I live by giving, not by getting! Many years ago God severely trained me not to expose the nakedness of my temporary need, nor the fullness of my temporary abundance to anyone, except to God alone. God teaches that when you fast, wash your face so that no one suspects you are fasting. Also, when I am in need, I feel I must not expose it to anyone, except only to God. Christians are exhorted to give. For us Americans, there are no better places to give tithes and offerings than in the Third World. Sixty dollars given in America can only support a servant of God for a couple of days. But sixty dollars given in Cuba were enough to fully support a servant of God for a whole year! A few American saints were stirred by God to send me funds to distribute in Cuba to believers in need, as God led. This was totally unsolicited. I prayed much regarding how and to whom the Lord wanted those funds to be given. Jesus had said: “To him that has, more is given.”

Luke 19:12-27 became a great blessing then, for I had never before been a banker. I will explain: In verse 23 the Lord rebukes the wicked servant for not putting his master’s money in the bank, so upon his return, he could receive it back with interest. Jesus said:

“Wherefore then gavest not thou my money into the bank, that at my coming I might have required mine own with usury? And he said unto them that stood by, Take from him the pound, and give it to him that hath ten pounds. (And they said unto him, Lord, he hath ten pounds.) For I say unto you, That unto every one which hath shall be given…”

I realized that I had been entrusted with some cash to invest in the Lord’s business. That made me a banker. This pressed me to find where to invest that money so that it would generate the largest amount of spiritual interest possible for God and for the ones that had put money in my hands for Cuban saints. With that in mind, I used charity in Cuba. I prayerfully invested those funds in the lives of the neediest, most spiritual and effective soul-winners, prayer warriors, faithful intercessors and those that showed clear evidence that they loved the Lord Jesus the most. Not merely one or two, but several Cuban believers became recipients of these funds.

In addition I also kept doling my own money away. When I finally boarded the exiting aircraft, I still had seven dollars left in my wallet. I asked the Lord if I had failed to give those seven dollars to some needy saint in Cuba or if he wanted me to use those seven dollars for something else. I flew from Cuba to Jamaica, to transfer to my flight to Miami. While changing airlines in Kingston, the ticket agent told me I had to pay the Jamaican airport exit tax. I asked how much that was. To my amazement, she replied, “Seven dollars.”

With that, the Lord confirmed to me that I had been led by the Holy Spirit in the disbursing of His funds, even to the refined point of enabling me to pay in full the airport exit tax, although I had to use my last seven dollars to do so. I returned home with my wallet empty, and my heart full and running over with thanksgiving, praises and worship to God.

Once home, I was surprised that in my absence, my bank account had increased again to the level it was before I had taken that sum to Cuba! Wow! The more I shovel it out, the more the Lord shovels it back in! Obviously, God has the biggest shovel!

“When you help the poor you are lending to the Lord–and He pays wonderful interest on your loan!” (Proverbs 19:17 The Living Bible)

“Some people give much but get back even more. Others don’t give what they should and end up poor. Whoever gives to others will get richer; those who help others will themselves be helped.” (Proverbs 11:24,25 New Century Version).

Jesus said: “Give and it shall be given unto you, a good measure, shaken down and running over.”

Pray with me, will you?

“Heavenly Father, little did I know that when I was helping the poor I was making loans to You! And You certainly paid wonderful interest on those loans! I confess to You that when I have not given what I should, I ended poor. I also must tell You, that whenever I gave my money away to the poor, it has always turned out to be an excellent investment. You have always found ways to give it back to me with interest. Whenever I helped others, I was helped myself. Thank You for Your wonderful accounting. Please keep me alert and responsive to continue giving to the poor, as You guide me. You are the Champion Giver!”

From Conversing With God – Chapter 16