See Keyword – peitho and review the definitions of this word.

Peitho is a verb.  This is important because the sense conveyed by various translations of Hebrews 13:17 is that of a noun.  Peitho is not a simple word because it is translated in a few different ways that are seemingly disparate.  It takes some more in depth study and thought to get a stronger sense for how this word fits in among other words.

There are several main uses of this word, but a larger distinction should be made between how it is used in the sense of “persuading someone” as opposed to “being persuaded by someone”.  Both are applicable with this word.  In Hebrews 13:17 we are interested in the “being persuaded by someone” sense of this word.  In this sense, there are several facets that can be expressed through several different English words.  See the #2 definition from the Strong’s Enhanced Lexicon.

Consistency and Analysis of the Translation of Peitho 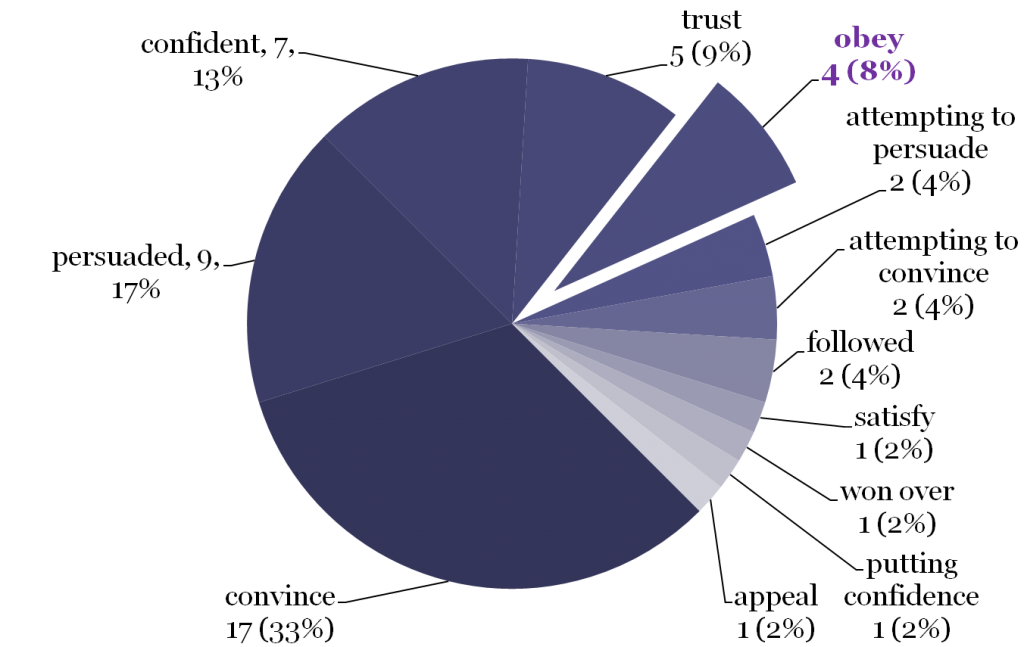 Let’s look at each verse where peitho is translated to “obey” (not including Hebrews 13:17) and provide a quick comment on whether “obey” makes sense.

Romans 2:8 – but to those who act from selfish ambition and who disobey the truth, but who obey (peitho) unrighteousness, wrath and anger.

Galatians 5:7-8 – You were running well.  Who hindered you from obeying (peitho) the truth?  This persuasion is not from the one who calls you!

Hebrews 13:17 – Obey (peitho) your leaders and submit to them, for they keep watch over your souls as those who will give an account, so that they can do this with joy and not with groaning, for this would be unprofitable for you.

James 3:3 – And if we put bits in the mouths of horses so that they obey (ho peitho) us, we also guide their whole bodies.