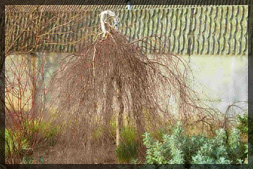 During my trip to Romania, on June 5, 1992, in Arad I visited the Iovin family and was introduced to Cornelia Iovin–“Neli” to her friends. Neli is a tiny woman, specially when standing next to my six feet, three inches of height. With dark hair, bright eyes and an intense face, she considers herself one of Romania’s more fortunate women. She has a supportive family (husband, mother and father) who take turns standing in the endless food lines normally attended only by women. The family also works together to care for Neli’s 8-year-old son, Bogdan, who is spared the crowded day-care centers.

This meant that before the revolution Neli had time–after eight hours doing menial labor at an orphanage–for covert Christian ministry. Under the Ceaucescu regime, it was almost impossible for Christians to teach and it was strictly forbidden to teach the gospel to children. Neli put her teacher’s training and education skills to use, translating Child Evangelism Fellowship materials and establishing an effective children’s program in her church–in brave defiance of the Rumanian Communist law. Although certain she was being watched and she knew violators ended up in prison, Neli pursued her vision, often sleeping only four or five hours a night.

Once during the uprising of December 1989, Neli’s house was mistaken as a terrorist hideout and mobbed. Looking for hidden weapons, the crowd threatened to kill her family. All they could do–thanks to God!–was to pray!

Then the Lord brought unusual help: Rumanian soldiers, traditionally enemies of the people. The soldiers calmed the crowd, searched the house and found–not weapons–but 500 gift packages Neli was preparing for the children’s Christmas program at church: evidence, the soldiers reasoned, these people were no terrorists.

Neli smiles as she tells this story: What they did not find were 100 packets of rice hidden in the attic that were to be sent to poor believers in Moldavia, a Soviet Republic bordering Romania’s eastern border and populated by ethnic Rumanians. Had the mob at Neli’s door known of this, they could have become dangerous, even to the point of bodily injury, maybe even death. Hoarding food in a hungry country is a serious offense.

Despite the faith that comforts her, Neli faces many of the same fears as other Rumanian women today. She remembers winters when people were allowed only enough natural gas for five days a month. Neli’s family used its ration on Sundays so her young child Bogdan would have good memories of the Lord’s day.

What is the future for Rumanian women? Not easy, but a new horizon is dawning. There is freedom now to preach the joyful news about the sin-washing power of the Blood of Jesus. And with the initial thrust provided by women like Neli, Romania is having a spiritual awakening.

From Conversing With God – Chapter 2