The Flight of the Bumblebee 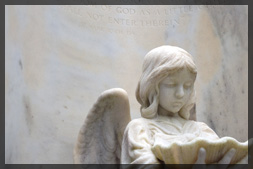 In the Greek New Testament there are two very different words used whenever the Scriptures speak about the Word. One of these is Logos and the other Rhema.

In the “Expository Dictionary of New Testament Words.” by W.E.Vine, page 1253 we read,

“The significance of Rhema (as distinct from Logos) is exemplified in the injunction to take `the sword of the Spirit, which is the word of God,'” Ephesians 6:17.

In this verse Paul is not referring to the entire Bible, but to that particular portion of Scripture which the Holy Spirit brings to our memory just at the time we need it.

For such an event to be viable, we obviously need a fairly regular intake of the Word of God, by daily reading and selective memorization.

To know well the difference between these two words and how they are used is extremely important and will save us from a number of problems.

In February, 1950, in Montevideo, Uruguay, three of us knelt down to pray. Jack Conner, had an urgent and most difficult problem. He was a musician on contract with the famous Xavier Cugat Cuban music band. It was the Carnival season and they were playing every night.

Jack was one of the best marimba players in the world. Therefore Cugat often had him play a solo at furious speed, “The Flight of the Bumblebee.” It would always bring down the house in applause while Jack would bow, drenched in sweat. It was in the middle of summer and there was no air conditioning! The band would play until the wee hours of the morning. After each appearance, Jack would drop into bed totally exhausted. Jack was a truly born-again Christian, but severely backslidden. He was famous; people came to get his autograph, but he was miserable. He felt like a fish out of water.

One Sunday morning, he decided to rise up early to get right with God. Jack met a Salvation Army major who was on his way to an old-fashioned street meeting. He invited Jack to go with him.

As they arrived to the crowded, open-air, street market, they heard the booming voice of a tall, young preacher, standing on a box and preaching to a crowd of people encircling him. I was that preacher. I was 26 years old at the time. Jack listened and stayed, which is amazing, because I was preaching in Spanish and Jack spoke only English.

After the open air service ended, we invited Jack home for lunch. He came and we had a wonderful time talking together about the Lord and praying. Jack quit being a back-slider and slid forward into the waiting arms of our loving Heavenly Father. From then on he often came to pray with us. One day he surprised us by announcing that he felt the Lord was calling him to quit the Cugat band and go into the Lord’s service. But he had one problem, he was under contract. If he broke the contract, he would forfeit all the money due to him. He would be penniless, without even a plane ticket to return to the USA.

So, what should we do about this? Well, we did the only thing we knew to do. We knelt down and prayed about the matter. We prayed five hours.

We had prayed through, the euphor­ia was exhilarating. Deep inside of us we knew that God had heard our prayer and had a wonderful solution to the problem. The oldest one among us was so thrilled that he prayed:

“Since Thou hast brought us to trust Thee thus, we might just as well also ask Thee for the whole world with a fence around it!”

At that, we all burst into laughter, rose up and left.

Jack hugged us and went straight to see Cugat to present his resignation.

Cugat listened patiently, and then said:

“Please wait until tomorrow. I have a surprise for you!”

Next day Cugat summoned all his band together and announced that he was getting a divorce and his lawyer had phoned him from USA on a matter of utmost urgency. He added that he must return immediately to the USA to take care of urgent legal details, otherwise he would loose the case and most of his money.

He regretted that it was therefore absolutely necessary for him to break the contract he had with his musicians. They would not be able to finish the tour. But he would pay them in full and they would all fly back to the United States on the first available flight.

Thus the Lord provided for Jack Conner. Obviously, God did not cause the divorce, but all things work together for good to them that love God. Jack rushed to tell us the good news, and we rejoiced together.

Our prayer had been amazingly, specifically, and immediately answered.

Jack received full pay plus his return-flight to America. He has since been joyfully serving the Lord.

But what about the last request, when one of the brothers had asked for the whole world, with a fence around it, did we get it?

God simply refuses to get boxed into a formula, a form, a system, a technique, a bookkeeping procedure. He is simply Sovereign!

You can’t read through the Bible mechanically saying, “I claim this verse, and that one, and this one also, etc.” God won’t answer such praying.

Neither can you say: “Look here God, I will save Your time, since I know You are busy. Instead of claiming Your promises piecemeal, I will simplify the procedure and just ask You to give me all Your promises; whatever there is in the Bible, I take it ALL! You said it, I believe it, I claim it, even the covers, because it says, `Holy Bible.'”

If you pray that way, you will definitely get something, you will get a big, fat disappointment! What do you think God is, a waiter at your service, a robot at your command?

O.K. you say, then please, tell me how do I receive God’s promises?

God is love. Love loves to be loved. Love loves to communicate, to fellowship, to dialogue very frankly and openly. Read your Bible with such an attitude, slowly, talking with God about what He is telling you in the Scriptures. You may read a few verses and the word is still the word, the Logos. Then, as you continue reading, the word somehow becomes the word, the Rhema! It speaks something special to you. It motivates you to pray to the Lord about it; you receive insight, understanding.

Then the Lord may (or may not, for God is sovereign!) quicken you to request your Heavenly Father, if that is His will, to fulfill in your life what He is promising in that verse. If you are honest with God, He will always answer your prayers.

It’s important to remember that we are praying to a sovereign God. The next chapter is about what this means to us.

From Dialogues With God – Chapter 13