Lost and Found in Poland 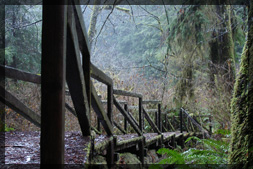 In 1985, when the Iron Curtain had not yet rusted and crumbled down, I had preached in several cities in Spain and France, when Dave, a preacher in England, invited me to travel with him to Poland.

Soon I folded myself into Dave’s little car and we ferried the English Channel. We had memorized the names and addresses of godly ministers in Poland, to avoid the possibility of our address book being confiscated from us and causing severe damage to the lives and ministries of men of God in Poland.

Crossing European borders turned out to be a quick and easy matterCuntil we came to the Iron Curtain. As we approached it, we were at the tail end of a long line of waiting cars. When our turn came, our luggage was minutely explored, while we were watched by sentries in towers with machine guns. Finally, we reached a thick steel barrier, strong enough to stop a tank. This opened electrically and we drove behind the Iron Curtain.

A misty dusk was settling. On and on we drove to our memorized destination in Poland. Night fell on the tortuous road. We soon realized we were lost and had no idea where we were. David stopped the car on the road to get directions. It was then that I noticed the headlights of a car right behind us. From my seat I could only see the ominous word “PATROL” gleaming on its side. My heart sank.

“The least we will get is a fine for blocking traffic!” I ruefully thought to myself, so I quickly turned to the Lord in desperate prayer.

The door of the patrol car opened and a Polish-accented voice spoke in English, “May I help you?” That made me fear that the officer had somehow gotten wind of our purpose and nationality. To my dismay, Dave explained we were lost and even told him our destination.

The officer replied: “Oh, are you Christians? Are you going to the evangelistic meetings they are having there?”

I squirmed in my seat, then slowly got out of the car to better assess our predicament.

I was startled to discover that the car was not a police car at all and that the gleaming “PATROL” sign on it was merely that car model’s name, which is not available for sale in America. The man that I had mistakenly thought to be an officer turned out to be a born-again university professor on his way to the same meeting we wanted to attend! The Good Shepherd had been concerned for these two lost and wandering sheep and had sent one of His undershepherds to find us and lead us to the sheep­fold. And what a huge sheepfold it was!

Heavy rain was pouring down in this dark night as we finally approached a huge tent. At least 3,000 people streamed in. There was not even standing room inside. Great clusters of newcomers stood in the rain under their umbrellas at each one of the entrances. The Gospel was preached and when the invitation was given, a huge human wave came forward, many with sobbing tears.

This reminds me that our Lord Jesus Christ said: “If a man has a hundred sheep, and one wanders away and is lost, what will he do? Won’t he leave the ninety-nine others and go out into the hills to search for the lost one? And if he finds it, he will rejoice over it more than over the ninety-nine others safe at home! Just so, it is not my Father’s will that even one of these little ones should perish.” (Matthew 18:12-14)

Maybe you would like to pray with me as follows:

Thank You, Heavenly Father, for the many times You have helped me to find my destination when I have gotten lost in my travels. Thank You even more for finding me when I was lost in sin. You really are the Good Shepherd. I give myself freshly to You. Use me to bring the lost sinners to You so they can be saved from hell. Use me also to help confused Christians to read your Word and be encouraged to talk with You about their problems. In the name of the Lord Jesus Christ. Amen.