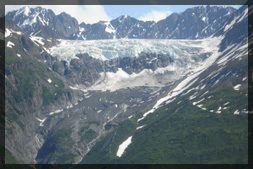 How did Elijah recognize that still, small voice as the voice of God?

When ministering to natives in a jungle area of South America, the road chanced to pass about one kilometer from Iguazu Falls. The driver asked, “Would you like to see the falls?” As long as we were that close I accepted the invitation and a few minutes later I was perched on a tiny balcony hanging over one of the most awesome sights in this world. The thundering voice of 192 separate waterfalls falling into view was majestic indeed. The total volume of the water was enormous. Beautiful rainbows were clearly visible. My tiny perch, although made of solid cement anchored on rock, vibrated noticeably; even the air reverberated with the loud thundering sound of the falling waters. It reminded me of how John, describing the apocalyptic events of the book of Revelation said that the voice of God was like “the sound of many waters” (Revelation 1:15c).

Which brings us to the question,

“How does God usually speak to His redeemed?”

Surely, if He so wishes, He can speak to us loudly as “the sound of many waters.” However, He usually speaks to us in a still, small voice, in a gentle whisper, as mentioned in I Kings.

This has posed a problem to many. One of the questions that psychiatrists and psychologists routinely ask their patients is: “Do you hear voices?” If the answer is affirmative, a red warning light flashes in the mind of the professional. It is not considered normal to hear voices.

But God’s speaking to us is different. He can speak to us loudly, in a still small voice, or even in our thoughts. Usually, He speaks to us in a still, small voice, or in our own thoughts. One of the first experiences I had of God’s speaking to me was when, as a very young Christian in Montevideo, Uruguay, I went to visit some friends, hoping to win them to Christ. They were not receptive to the gospel and made fun of me. I had barely left their house when I was suddenly stopped in my tracks. Inside of me were the words:

“Go back and tell them that if they are ever in danger of death, to pray, `Lord Jesus, I repent. Come into me now as my Lord and Savior.'”

It was not like hearing a voice. It was more like a thought being expressed in my own mind, yet it was very clear. Being little experienced in the matter of hearing God, I just stood there, confused. I almost was convinced to return to my friends to tell them God’s message. But the thought of my friends making fun of me again held me back. So I decided to come back another day and deliver my unusual message from God at a more suitable time.

A few days later I read in the newspaper that a bus, loaded with passengers attempting to drive over an inundated bridge, which spanned a wide river, had been trapped on a cold winter night in the middle of the flood and swept away by the swift current. Among those that were drowned were my two friends.

I was horrified. It then dawned clearly in my mind that God had indeed spoken to me and I had disobeyed. Only God knows the future, so He knew exactly what was going to happen. The passengers in the stranded bus had waited several hours, but no help came. If I had delivered God’s message to them, they, sobered by that long wait, would have had plenty of time to remember my timely warning. They might have repented, honestly turned to God, and prayed with all their heart:

“Lord Jesus, thank You for instructing me through Fred as to what to do now that I am in danger of death. I made fun of him then, but I am very serious now. I am a sinner and I repent. Lord Jesus, please come into me right now, and be my Savior and Lord!”

I realized that I had heard two very different beings speaking to me. God Himself had spoken to me about a future event. Then the devil, based on my own fears, spoke to me, reminding me of how my friends made fun of me. It was my fears and Satan who had counseled me to return another day to deliver God’s message. I had not yet learned that one of Satan’s tactics is to cause us to postpone obedience to a later date. Too late I realized that delayed obedience is disobedience! Satan will always tell you:

“This is not the right time. Wait for a better opportunity!”

This experience helped me a lot to listen to God, to heed God, to hearken to God. We do not worship a dumb, lifeless idol. Our God lives and speaks!

Not many days afterwards, in Montevideo, Uruguay, I sat in a city bus next to a Spanish sailor. Sensing God wanted me to speak to him, I had to overcome my natural timidity to open my mouth. I finally told him about Jesus. I also gave him a gospel of John to read. A month later I received his letter from Spain. My personal witnessing had been used by God; the sailor had indeed been born again. He had written to let me know what God had done for him.

Since then, I have gathered courage time and time again, obeying God’s still small voice within me, to speak about Christ to people I have never met before.

After years of experience, do I find it easier now?

Not at all! It remains extremely difficult to begin talking to a stranger. Satan always tells me it is not the right time to speak to that person.

Statistically speaking, personal witnessing is the best and most effective way of winning people to Christ. Of course, Satan knows that. That is why Satan will persis­tently discourage you from witnessing to strangers about the Lord Jesus. He will often suggest that you wait for a “better opportunity.” Instead of listening to Satan, learn to listen to God.

“Father, You are so gentle! You could holler at me, yet you prefer to speak to me in a still, small voice, in a gentle whisper. Thank You for speaking to me in Your Word. Thank You also for also speaking to me directly and personally in my innermost being. Train me to hear, identify, and obey Your still, small voice. Deliver me from following anyone else. I would follow You alone, uniquely You.

From Dialogues With God – Chapter 12