Capoeira, the Art of Brazilian Wrestling 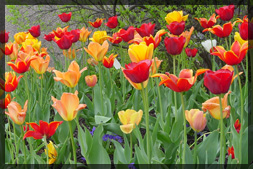 I must tell you of a great victory Christ wrought through a team of 25 consecrated indigenous missionaries, that I helped to train in Brazil during 1986.

As usual, about 25 of them traveled to an unevangelized town and commenced their ministry, but all doors were being slammed in their faces and no one would stop to listen.

So they stopped and gave themselves entirely to prayer and fasting.

Out of this came the conviction that they should challenge the well-known local wrestling team to a public wrestling match.

This seemingly bizarre move caught the attention of the media, which gave the matter a lot of publicity. The local team accepted the challenge.

The locals prided themselves on being the champs. Their town is the place where this unique type of wrestling, known as capoeira, was first practiced in Brazil. It is no ordinary wrestling, but a uniquely Brazilian kind, a rare variety somewhat resembling wrestling and ballet!

“Ballet?” you might be incredulously asking yourself. Yes, ballet. Every move is perfectly harmonized to the strumming of a one-string primitive guitar. It has a hollowed-out coconut as a percussion chamber. They call it a birimbao. It functions as an inexpensive musical metronome.

That Saturday afternoon the town came out as one man. A multitude surrounded the open-air wrestling ring in the center of the town square.

A microphone was hung over the ring to amplify the primitive strumming sounds of the birimbao, as well as the words exchanged by the combatants.

What the proud locals did not know was that the leader of the evangelistic team had been a professor of this Brazilian variety of wrestling before he was born again. However, he had not practiced any wrestling since meeting Christ.

While the whole evangelistic team prayed, the local champ, an athletic, muscular, giant of a man, stood waiting in the ring.

Let me take you ringside along with me!

The match begins. The mike picks up every sound. The local champ is surprised to find his opponent able to withstand his ever move.

Suddenly, the preacher-turned-wrestler applies a secret, unknown move, catching the giant unawares. The big man falls back on the canvas with a loud thud!

With a sudden inspiration, the preacher loudly declares into the mike, “This is how sin causes people to fall!”

Then, grabbing his fallen opponent by the hand, he helps him to stand up, loudly proclaiming through the public address system, “But Christ lifts the sinner up and embraces him with His redeeming love!”

With his arm around his opponent’s shoulders, he continues preaching the gospel of salvation.

And then–can it be?–the local giant is sobbing loudly with repentance before the whole crowd, and the preacher-wrestler leads him to pray the sinner’s prayer, receiving the Lord Jesus Christ as his personal Savior.

All over the crowd there are people sobbing. Some are on their knees, praying to God. The Holy Spirit is touching hearts and people are being born again.

This was the beginning of a lively, thriving church in the town where the missionary beat the town’s wrestling champ!

It reminds me of 2 Timothy 4:2 “Preach the Word; be instant in season; out of season; reprove, rebuke, exhort with all longsuffering and doctrine.”

Let us pray: “Heavenly Father, deliver us from our fossilized ways. Keep us alert, instant in season and out of season to seize every opportunity telling others about Christ. Help us to reprove, rebuke, exhort with all longsuffering and doctrine. In the name of the Lord Jesus Christ. Amen.”

From Dialogues With God – Chapter 9