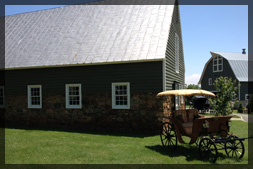 For many years I had been praying for Spain. Germany had a Luther, England had a Wesley, Switzerland had a Calvin, Spain had no outstanding preacher. Surely Spain had religion and plenty of it! For centuries it had been full of religious traditions, legends, rites, forms and monotonous liturgical chants. Among the vast number of nominally religious Spaniards very few were actually born again and had a daily relationship with the living Christ.

But God had a delightful surprise in store for me. In 1986 in Madrid, Spain, across the street from a huge cathedral, I walked into a large room, packed full of earnest Spanish born-again Christians and was asked to preach! As I spoke, the receptivity of God’s Word among those believers was most intense. It was sheer joy to preach because they were so eager to receive God’s Word. I was delighted and amazed.

I was also astonished to discover that at that time they already had more than 300 such congregations all over Spain! What learned theologian or great evangelist had started this miracle? Surprisingly God had not done this through a superstar preacher. In fact, many eloquent and famous evangelists had tried to establish a beach-head in Spain and failed.

Then, in l950, God put His finger on seven Spaniards. He chose them from the lowest rung of Spanish society, the gypsies–vagrant fortune tellers, liars, swindlers, con men–the despised gypsies. Can anything good come from the gypsies? But God loves to choose the despised rejects of humanity to amaze and to shame those that think themselves important! Seven illiterate, penniless Spanish gypsies crossed the border into France to work in the grape harvest for minimum wages. A Frenchman named LeCossec befriended them and told them about the Lord Jesus Christ. They were genuinely converted. For six months, every evening he continued instructing them the Word of God. Not knowing how to read or write, they zealously memorized many key portions of Scripture.

God gave those seven illiterate gypsies a great urge to share the gospel among the gypsy camps in Spain. They returned to their homeland. As they preached Christ and Him crucified, God began saving gypsies wherever they went. Thus a unique work of God began to take shape. By the time I visited them in 1986, more than 300 congregations were firmly established and growing all over Spain. Born-again gypsies were reaching not only their own people, but all levels of Hispanic society as well.

They took me to preach and teach the Word of God in congregation after congregation and in city after city. Every place was usually packed to capacity.

They have wonderful musical talent, so they write their own hymns and compose their own Christian music. Oh, how they sing!

One of their unique characteristics is the way they accompany their hymns with hand-clapping, which sounds as if all of them were one high-precision corporate percussion “instrument,” as militant, jubilant and lively as Sousa’s marching band music! Never in my life had I imagined that people could clap their hands so musically! You just have to see it and hear it to be able to believe it!

Because God did all this through seven illiterate gypsies, it reminds me of these words of the apostle Paul:

Pondering on these Scriptures encourages me to pray. Will you join me? Let us pray together:

Heavenly Father, we praise You for what You have done through seven illiterate gypsies. Bless them and those that have now been added to their ministry. What You have done through them greatly encourages me to share about Jesus with my neighbors, my friends and even strangers. I remember what I was when You called me. I was not wise. Nor was I a person of influence. Nor did I come from an important family. But it pleased You to choose me. I have nothing to brag about in Your presence. You have blessed me by sheer Grace. I am so grateful! I am nothing, yet I can do all things through Christ Jesus who strengthens me. As You were clearly preached through seven illiterate gypsies, may the Lord Jesus Christ be likewise made known, loved, and enjoyed through my life and testimony. In the name of the Lord Jesus Christ. Amen.