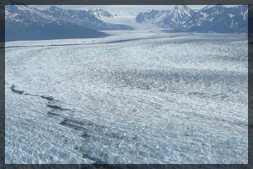 I was at home when the phone rang. I had not expected the question the caller asked me in Spanish… would I be one of the speakers at a four-day Christian leadership seminar in Santo Domingo, capital of the Dominican Republic?

My responsibility would be to give several lectures to indigenous pastors, elders, deacons and leaders from many different denominations in the Dominican Republic. That Central American nation is on the eastern half of Hispaniola Island and lies just east of Haiti, between Cuba and Puerto Rico in the Caribbean Sea.

As my wife Ann and I prayed about it, we perceived that it was God’s will for me to go. So I packed hurriedly, Ann drove me to the airport, and later that day I landed in Santo Domingo.

I arrived together with several Hispanic Christian leaders who were attending the same event. When we stepped out of the airport building, we found a fleet of tiny cars waiting to drive us to our distant hotel. Every vehicle was soon loaded to the gills with participating Latins. I was praying asking the Lord to lead me to get into the car of His choice but kept letting others take the lead in boarding the cars. Fear suddenly gripped me when I suddenly realized that apparently the last car had left and I was stranded at the airport. Looking around, I saw that I was the only passenger left. Then–thanks to the Lord!–I also saw that there was one last driver left!

The tropical palm-lined highway by the seaside was spectacular, but I hardly noticed it, as I soon discovered that my driver was a precious man of God who dearly loved our Lord Jesus Christ. The long drive turned out to be joyful fellowship. In fact, we both realized that I was the very last passenger and he was the very last driver by God’s design–so we could talk about the Lord and His doings in our lives. It was thrilling to hear about the victories of our Lord Jesus Christ in the lives of this brother and his family.

The lectures our dear Lord led me to give at the seminar were blessed by God far beyond my expectations. To God be all the praise! A thousand copies of my messages were printed as a 70-page book in Spanish. And guess who printed it! Yes, the same brother who drove me to the hotel when I landed! He owns a Spanish Christian literature publishing house in Santo Domingo. How marvelously the Good Shepherd leads His sheep! Consequently, I was suddenly much in demand as a speaker in several indigenous congregations after the seminar finished. Cars and drivers were put to my service. Hospitality was extended to me by several Christian families. I was invited out for meals by the most interesting people you can imagine; Christian physicians, politicians, educators as well as pastors.

“But many that are first shall be last; and the last shall be first.” (Matthew 19:30). By asking the Lord which car I should take, by letting others scramble first into the cars, and by becoming the last passenger to board a car, God had caused me to meet a precious man of God with whom I had wonderful fellowship. This led to much blessing, joy and ministry unto the Lord.

Remembering this stirs me to pray. Would you join me? Let us pray together:

Heavenly Father, so often we frantically step on one another in the rat-race to the best positions, that we cease being courteous and even forget to pray! Deliver us from grabbing the best chair, the first place, the most important position. Lead us to wait on You, Lord. Help us to seek Your counsel, and follow it, even if it means to take the humblest place of all, that of a servant who washes the feet of everybody else. In the name of the Lord Jesus Christ. Amen.