The Great Finder in Belize 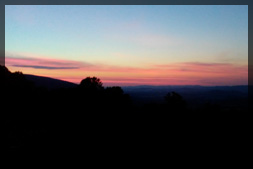 In November 1982 I was preaching in Central America. Visiting a prominent Christian leader, I asked him who, in Belize, had won the largest number of people to Christ. He immediately told me of a little Kekchi Indian who lives in the jungle. God had done a great missionary work through him. In order to reach his home I would have to make a long trip and upon arrival might find that he was gone into the jungle to preach in some of several different outposts. It seemed like trying to find a needle in a jungle haystack. Only God spe­cializes in finding what is lost. I remembered that Jesus in Luke 15:1-32 explained how the woman found her lost coin, the shepherd found his lost sheep and the father found his prodigal son. I decided to pray. I asked God if He wanted me to visit this indian and perceived that He did. There was no time to write to him. He lived in the jungle and had no tele­phone nor radio.

I also asked God how I should reach this indian. God led me to a tiny regional airline that had a scheduled flight to Punta Gorda, the town nearest to his jungle dwelling. I flew in the co-pilot’s seat of a tiny plane until we reached Punta Gorda. The airport was a mere dirt strip cleared out of the jungle. The pilot flew at tree-top level (scary!) and as he cleared the last tree top, he immediately nose-dived the plane and landed bumpily in the shortest dirt landing-strip I have ever landed on.

The one and only taxi in town picked me up and drove me on dirt trails into a minuscule town of shacks and rutted trails. I asked the driver if he knew Pedro Shol, the Kekchi missionary. Yes, he did know Pedro. Could he take me to him? Well, Pedro might not be home, as he travels often, ministering in the several jungle churches he founded in Kekchi villages in the jungle. As we drove, I reminded the Lord that I had prayed that He would enable me to find this needle in a jungle hay­stack, to find this little Kekchi indian I had never laid eyes on before. After I had prayed, the taxi driver suddenly yelled,

“Look, there is that indian you wanted to see!”

I looked and saw a tiny indian on the porch of the town store, with a bag of groceries in his arms. I quickly got out of the taxi and made a beeline toward the small man. This was a historical moment and I felt as when Stanley found Livingstone in the jungle, stretched the right hand and said,

Yes, it was Pedro Shol.

Moments later, I climbed into the van of the Kekchi preacher. In a strange town, our Lord had caused me to find a man I had never met. Yes, it definitely was like finding a needle in a haystack. It just so happened that he had driven to town to do some shopping and it so happened that the taxi driver I hired knew him personally! “Thank You, dear Lord!”

This little Kekchi Indian was born again only twelve years before I met him. After he gave his life to Christ, our Lord immediately began instructing him in His Word and sending him out to preach the Gospel. Sometimes this brother walked up to eight hours to reach a distant Kekchi village in the jungle. God used him to start twelve mission outposts all of which became vibrant Kekchi and Mayan churches.

He took me into the jungle, driving over terribly rutted and winding jungle trails. His home was ample but very primitive. He taught me how to sleep in a hammock. Surpris­ingly it was comfortable!

It was a joy to fellowship with Pedro, who loves the Lord dearly and has lots of thrilling experiences to tell about his pioneer work leading other Kekchi and Mayan indians to Christ.

That night, we walked to a primitive straw-thatched building in the middle of the jungle. A single gasoline lantern shone in the center of the construction, radiating rays of light in sunburst fashion through the loose fitting slats of the walls.

About a hundred Kekchi filled the building, attired in the most vivid colors imaginable. They sang their praises to our Lord in the most musical and peculiar language I have ever heard, Kekchi. Such a weird language! It sounded like tinkling bells all going ding, dong and tinkle! It was so strange it felt as if they were making it up! But no, it was really a language, for they even gave me a little song book and New Testament, produced by the Wycliffe Bible Transla­tors, which enabled me to sing together with them, by read­ing the unfamiliar words myself. Surely enough, it is even written! I know. I actually dinged, donged and tinkled in the Kekchi language, singing along with them, as I followed along reading aloud in their little hymn book!

I preached and Pedro interpreted my words into Kek­chi, a very wonderful experience for me.

I had found a needle in a haystack! Coincidence? Oh, no! This is God’s own doing! Coincidence is simply God Himself choosing to work incognito. He specializes in finding lost things. In fact, about a week later, I was in Guatemala and a similar thing happened to me again in answer to prayer!

We often loose things in life. How good to know we can turn to the Master Finder, who already knows where the lost item is! Ask Him in prayer to help us find it! He will!

He also is the Compassionate Father, who can hear our prayers for our unsaved relatives. He saves! He is the Great Savior!

He is the one who found a wife for Isaac. He also found a husband for Ruth the Moabitess. He even found a wonderful wife for me! He knows how to find! He is the Great Finder!

God also offers us the opportunity of sharing His heart’s desire to find the lost. Be encouraged to pray to the Lord of the harvest to send workers into the harvest, for the har­vest is plentiful and the laborers few. He sends!

This has stirred me to pray. Perhaps you would like to pray with me:

“Heavenly Father, when I loose something, before I even begin to worry and look for it, calm me and remind me to pray. After all, You know exactly where the lost item is and can help me find it much faster.

If my reader needs a coin or many dol­lars, a lost sheep, or needs a car, a spouse, or if one of his children is lost and needs to be saved, supply the need.

Lord of the harvest, remember that humanity everywhere is ripe unto harvest. Send laborers to the harvest.

Here am I Lord, send me!

In the name of  the Lord Jesus Christ.  Amen.”