Finding Favor in the Eyes of Authorities 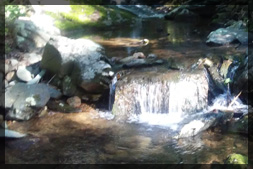 “Joseph found grace in his sight…” (Genesis 39:4b). This was when Joseph found favor in the eyes of Potiphar, one of Pharaoh’s highest officers.

The jet banked for a landing in Montevideo, Uruguay, South America. It was easy to recog­nize the familiar landmarks, I was raised there. Past experiences that had been somewhat anaesthe­tized for years began a rerun in my mind.

Since most of us are curious, perhaps you, dear reader, would like to join me in a trip into my past.

First let’s travel all the way back to 1944! But I must warn you… before I was born again I did not have a keenly honed conscience!

I must confess my short criminal career back in 1944. I was enticed to transport stolen radios for a quick profit.

This happened in 1944 in Montevideo, Uruguay. God was merci­ful, however, because as soon as I picked up the stolen parcels I was caught red-handed and ended up in jail.

My criminal career had ended abruptly, nearly before it began, thanks to God’s mercy. Who knows what terrible things I might have done, had I successfully transported those stolen goods!

However when I was questioned, I lied to the police, stating that I did not know the goods were stolen.

After eight days in the clink I was released.

This frightening experience with the authorities gave me a longing to walk a straight path. God used it to make me realize what a terrible sinner I was. It spurred me to seek God until He found me, caused me to be born again and saved me. Yes, He did it all. To Him alone be all the glory.

I then began growing in faith. The Lord reminded me to straighten out the wrongs I had done, as far as it was humanly possible to do so. I returned things I had stolen. I confessed my lies to the people I had lied to, explaining that I was not doing so to gain entrance to Heaven, but because I was now a Christian and I wanted to bless those I had wronged.

One day, out of the blue, the Lord reminded me of the lies I had told to the police. A real struggle with myself began.

“Lord, if I confess to the police, what will I do if they send me to jail?”

Reluctantly, I gave in to God and prayed: “All right, Lord, I will confess. If they send me to jail, I will preach the Gospel to the other jailbirds!”

When I finally did confess to the authorities, they searched in the dusty archives and found the file with my case. After glancing through it, the clerk read:

“This case has been superseded by the grace of the court!”

“Excuse me, but what does `superseded’ mean?”

“The court decided that since this was your first offense, and because you have had no other convictions prior or after that date, that they would grant you the right to a clean police record, in case you need one. In other words, as it now stands, it is as if you had never had a conviction. However, if you commit another felony, the first conviction will count against you again. Good-bye. Don’t trouble us any more.”

I left the criminal archives with a bounce in my step and joy in my heart, thanking my dear Lord. He showed me that by His death in my place He had paid the penalty for my sins and He remembers them no more. All my sins have been “supersed­ed by the Grace of the Heavenly Court of Justice”   Wow!

But that was not the end of it all. God still held on to the rest of my prayer,

“If they send me to jail, I will preach the Gospel to the other jailbirds.”

He had plans to answer.

A deepening desire to preach the Gospel to inmates in prison began relentlessly growing in me. I almost wished they had put me in jail. Praying about this, I felt to trust God and request permission to preach in the prisons.

I had read in the Scriptures the three verses at the beginning of this chapter about Noah finding grace in the eyes of God and Esther obtaining grace and favor in the eyes of King Ahasuerus.

This inspired me to ask God in definite, transactional prayer, to fulfil this portion of the Word in the coming inter­view with the direc­tor of prisons in Uruguay.

The day came and two of us were ushered inside an imposing government office. We found ourselves amiably conversing with the director to whom we explained our request. Pondering on the matter, he said:

“We have never allowed this before. Our government is atheistic. But I will give you my permission.”

We were so surprised, that we asked him what on earth caused him to grant us his permission. He smiled and said:

“I am an atheist, but I feel that you fellows would do a good job!”

We immediately began preaching the Gospel to him, but he rose to his feet with a smile, shook our hands, and ushered us to the door.

But God had answered a specific prayer. What God had spoken to me in the Scriptures, I had spoken to God in prayer. God’s answer was precisely what I had requested. We had found grace and favor in the eyes of an atheistic high officer of the government!

From then on, week after week we had opportunity to preach in the jails. Inmates were born again and began to grow in the nurture and admonition of the Lord. Once releas­ed they became assets to their communities; not the liabilities to society they had once been. One of them became a radio evangelist, leading others to Christ.

All this had such a small beginning. A personal strug­gle, a gnawing question:

“Shall I confess my lies to those I have lied to? Shall I return what I have stolen?”

Destiny’s door is large but it turns on very small hinges!

Yes, through prayer alone, based on God’s Word, you and I can gain friends and find grace and favor in the eyes of God and men!

“Father, I give up all wheeling and dealing, all my human ability to persuade others. I beg You to always remind me to pray.

Teach me to pray according to Your Will, based on Your Word, depending on You to grant me grace, not only in Your eyes, but also in the eyes of people.

In the blessed Name of Jesus my Lord. Amen.”

From Talking with God – Chapter 6