Ask of Me and I Shall Give You 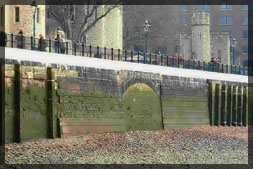 Scripture Reading (God speaks to me):  “Ask of me and I shall give thee the heathen for thine inheritance, and the uttermost parts of the earth for thy possession.” (Psalm 2:8).

God spoke this to David and to David’s dynasty, the last one of the royal line being none other than the King of Kings and Lord of Lords, the Messiah, Jesus Christ! Yes, this is a prophetic psalm; the Father also says this to His Son, our Lord! In this way, the Heavenly Father was telling His Eternal Son that He wanted Him to ask and even what He wanted Him to ask!

Thus, our Lord repeated this same lesson to us no less than six times!

In God’s Word He instructs us what to ask.

Please read Psalm 2:8 at the beginning of this chapter again; then read it making it your prayer! You will find yourself praying something like this:

Prayer (I speak to God):  “Dear Father, in response to Your challenge, I am now asking You to give Your Son, my Lord Jesus Christ, and me who am part of the Bride of Christ, that You would give Him and me (as a member of His Body), the heathen for our inheritance, and the uttermost parts of the earth for our possession. Yes, Father, give us the heathen, that they will be born again, that they will be saved, that they will become true Christians, having their sins washed away in the blood of the Lamb. Lead me today to an unbeliever that I may preach Christ to him and that he might be born again! Thank You, Father, that You really want me to ask because You really want to give! You promised to give if I ask. You cannot lie!  I believe You!”

From Talking with God – Chapter 3