Locked Doors? Use the Master Key! 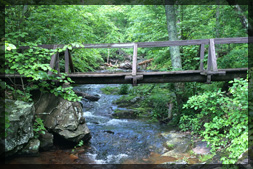 During our November/December 1993 preaching trip to Jamaica and Cuba, we saw God opening some doors that for a long time had been hermetically welded shut. The following Scriptures became our experience in answer to prayer:

“Again I say unto you, That if two of you shall agree on earth as touching anything that they shall ask, it shall be done for them of my Father which is in heaven.”   Matthew 18: 18, 19.

A friend of ours came with a projector and an evangelistic film on the life and ministry of the Lord Jesus Christ. The film was to be shown in two smaller villages. Permission was requested from the local authorities to show the film. In both villages local party bosses absolutely refused. Those doors were hermetically shut. We all turned to God and used the master keys of the kingdom of heaven. God can, by prayer alone, open closed doors.

In one of the villages, an officer of the feared Cuban State Security Police unexpectedly showed up, sporting a beard like his leader Fidel Castro. He demanded to see the Cuban pastor that wanted the “Jesus” film to be shown. Everyone snapped at attention and gave him their utmost respect. He took the pastor aside and asked:

The officer casually looked around to confirm that nobody was eavesdropping on the conversation. Lowering his voice, he vehemently said:

“People here know that I am a member of the State Security Police. I am also a secret believer, a born-again Christian. Go ahead, show the film! You have my permission!”

The film was shown that night. Almost the entire population of the village came. Many hearts were touched. There were tears. There was repentance. After the film, an evangelistic message was preached. People were gloriously born again.

In the other village, God did it differently. He is so versatile! When the necessary permission was requested, the local authorities responded with a flat NO! Again, we all used the prayer-keys of the kingdom of heaven. After prayer, the leading brethren went to request permission one more time. They found the party boss drunk. Friendly with alcohol, he immediately scribbled his wobbly signature authorizing the event. In this village also, almost everybody came to see the film. Tears flowed. Repentant souls put their faith in the Savior. The Lord Jesus Christ won again! He always does! At opening doors, He is a better than a master locksmith!

Heavenly Father, in Your mercy, train us to daily use those rusty, neglected prayer-keys of the kingdom of heaven. Remind us to be simple, specific, and to pray without ceasing. You alone can open any door, even if it is welded shut! You can solve our problems far better than all our human ingenuity ever could. In the name of the Lord Jesus Christ. Amen!

From Communing With God – Chapter 2