The Sure Way to Overcome Satan – Part 1 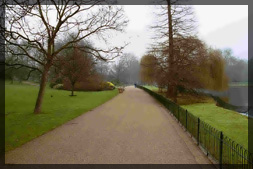 Little did Herman and I know how dangerous was the mine-field into which we had walked in that day in 1949.

I had been preaching in the frontier between Uruguay and Brazil, an area full of demonism, spiritism and voodoo. Herman, was a new missionary from America and wanted to know about the witchcraft practices in the region. So we naively went to the headquarters of that evil cult to watch what they do during one of their seances. As we walked toward our destina­tion that evening, I prayed aloud, remembering Revelation 12:9-12, where we read that Christians overcame Satan by the blood of the Lamb of God, which is the Lord Jesus Christ, and by the word of their testimony.

Let us read verse 11 together: “And they overcame him by the blood of the Lamb, and by the word of their testimony; and they loved not their lives unto the death.”

Like two little innocent children we walked into the dragon’s den, sitting on the last chairs against the wall. The room was crowded. One could smell sweat, tobacco and incense. Voodoo witch doctors, dressed in white, were end­lessly dancing, bouncing and chanting the names of a dozen or so idols whose statues were displayed on a corner shelf.

Suddenly, a thin, gaunt witch doctor began writhing, groaning, his face distorted as in agony. He dropped on the floor with a thud and began rolling like a log. His mouth was foaming. He arose, sweating profusely. He grabbed a bottle and filled his mouth with cashasa (the Brazilian version of whiskey) which he spewed in the air as a fine mist. Instantly we all smelled the pungent sweet odor of strong liquor.

He went to the shelf where the idols were and grabbed three heavy, dangerous looking and very sharp ceremonial daggers. He turned, and fixed a wild stare at a point on the wall precisely between Herman and I. With slow, deliberate, and dramatic steps he approached us all the way from the other end of the room, his mouth foaming, his stare set, he did not even blink. Unexpectedly, his right hand took one of the three daggers from his left hand and making a wide arc to gain full momentum, he threw it.

As the dagger arched into the air in our direction, Herman and I had been increasing the intensity of our praying, asking the Father to protect us and voicing our faith in the blood of the Lord Jesus Christ, with which Satan can always be defeated. What did that evil witch doctor see behind us that motivated his murderous knife throwing? Did he see God’s angels protecting us? Did he see the Lord Jesus Himself with His hands on us? It was obvious that he sensed someone opposing his evil power and standing invisible to our eyes, exactly between Herman and I, where the first dagger flew between Herman’s head and mine, and hit the wall sideways, with an ominous metallic ring, then fell harmlessly to the floor.

God had kept us glued to our chairs, alert, prayerful, apprehensive inside, but showing no fear on our faces, as we were praying without ceasing. At this point we could see obvious fear on the faces of the voodoo witch doctors.

“Please stand aside and give him room to operate.” they told us. We arose and stood aside from the dagger throwing area.

Rapidly the voodoo priest threw the second dagger. It zinged through the air, also slamming with the sound of vibrating steel against that place on the wall slightly above where our heads had been. Again the priest threw his third and last dagger. All three daggers slammed sideways on the wall, falling harmlessly on the floor.

The chanting picked up again and a respectable looking gentleman in a three piece business suit in front of us arose, and began swaying with starry eyes. The voodoo priests converged on him, dancing, bouncing and chanting unceasingly, while they smoked dark ceremonial cigars and blew a cloud of thick tobacco smoke on the man’s head.

“Would you like us to chant and invoke blessings over you also?” an evil looking priestess asked me in a syrupy voice, chugging adroitly at her huge cigar.

“No, thank you.” I replied, “I am already blessed since I have believed and received the Lord Jesus Christ as my Lord and Savior.”

Her face immediately distorted into exceeding hatred against the Lord Jesus Christ our Lord and Savior and against us, God’s children.

With that, we exited that dark place, so reeking with rank body odors, thick cigar smoke and atomized liquor. Once outside, we gladly breathed fresh air. The sky was starry and our hearts welled with gratitude to the Lord for His protection and love.

The above experience taught us much. How exceedingly great is the power of the blood of Jesus, not only to cleanse us from all sin, and give us boldness to stand unashamed in God’s presence, but also to make us experience personally that our Lord Jesus, by dying on the cross, defeated Satan already. It is not that the blood of Jesus has some mysterious detergent chemical that washes our sins. The blood of the sinless Jesus, simply means His hemorrhaging to death by crucifixion in our place. It is because of His death on the cross that His blood washes my sins away! This means that Jesus already defeated Satan for us! Therefore, because Satan has been defeated already, we also have the privilege of confirming Satan’s defeat by the blood of the Lord Jesus Christ and by the word of our testimony, just as the Bible says.

“What? Measly, puny, me overcome Satan?” you might be musing in your inner being.

Oh, yes! On our own wits, we are defeated before we even begin, but because of the blood of the Lamb of God, which refers to the Lord Jesus Christ being sacrificed, killed in our place, and because of the word of our testimony, and because we do not love our soul-lives unto death, we most certainly can and do confirm that Jesus has overcome Satan in our stead.

Satan has now been cast down

In His Book God assures us that, “Satan…the accuser of our brethren is cast down, which accused them before our God day and night. And they overcame him by the blood of the Lamb, and by the word of their testimony; and they loved not their soul-lives unto death, therefore rejoice” (Revelation 12:9m,10b,11,12a) Yes, Satan is cast down! He is already defeated. The surest way to overcome Satan is to realize that Jesus already overcame him in our behalf. This spurs me to joyfully pray–please join me, won’t you?–“Thank You Heavenly Father, that Satan is cast down, thrown out, who accused me day and night. Thank You that because Jesus overcame him, in Christ I have also overcome Satan already by the blood Jesus shed in dying in my stead. Thank You that Your Word, experienced in my daily living, has now also become the Word of my testimony, to further overcome the lies of Satan. Loving You, Lord Jesus, has delivered me from loving my ego, my self, my carnal, fleshly, soulish being. I die to those things to now live in the spirit, in oneness with You, Lord. At last, I now can rejoice! You have brought JOY into my life! Thank you, Lord Jesus.”

The power of the devil is now broken