The Prayers and Answers Ledger 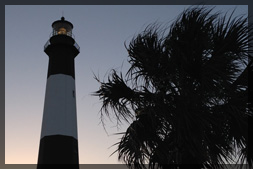 By the Lord’s grace and mercy, Ann and I did minister in Brazil in 1990. God blessed our preaching in ten different cities. The Presence of the Lord was preaching and teaching with us, in us, through us, and unto the Heavenly Father’s glory!

One of those cities was Campinas, where our friend Celester had found a group of about a dozen middle-age Roman Catholic ladies plodding unsuccessfully through some boring Bible studies.

Perceiving they were not born-again Christians, Celester began showing them in the Scriptures all about Jesus and how we can be saved through faith in His shed Blood. One by one those women were born-again, their Bible studies became alive and thrilling and soon they were militantly praying for others. Unsolicited, they began praying only to the Heavenly Father in the Name of the Lord Jesus Christ.

Celester had us teach them the Scriptures and we seldom had a more attentive audience. They were full of the joy of the Lord.

After they were born again, they have faithfully recorded in a ledger 370 specific prayer requests and of how the Lord has answered them! Not bad for ladies that had become Christians only one year and a half ago! That is not less than almost one answered and recorded prayer for every day during a span of a year and a half! Wow!

I requested to see that ledger and was thrilled to read this thick hand-written book, a true testimony of God’s continuing faithfulness in answering prayer. It was so inspiring that with my computer I designed and began keeping my own prayer and answer ledger!

Try it! It will help you count your many blessings! It might even get you to sing this little song, to the tune of “Count your blessings.”

Name them two by two

Name them four by four

Name them by the score

There are MILLIONS MORE!

From Conversing With God – Chapter 6