The Jesus Freak That Wasn’t 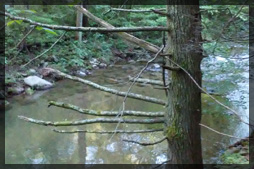 In 1986 I went to Israel. Little did I imagine the great surprises I would find.

The greatest surprise the Lord reserved for me was to worship and fellowship privately in the home of a born-again Israeli. He introduced me to other key persons. They shared with me something that only God Himself could have done and actually is doing now in Jerusalem. Israelis are being saved today but–surprisingly–not through the usual ways of evangelism. They are increasingly being saved by REVELATION!

For example, a certain woman in Jerusalem, very ill, was awakened by a great brilliance in the middle of the night. She opened her eyes and saw Jesus at her bedside. He simply touched her, saying, “I am Jesus, your Messiah!” and then vanished. Thinking it was a dream, and indeed it may have been a dream, she went back to sleep. In the morning she woke up feeling very well. She looked at herself in the mirror and was horrified at the state of her hair; so she decided to get a perm. At the beauty shop, a homosexual beautician worked on her hair. Pondering the recent events she found herself saying aloud, “I dreamt about Jesus last night!” The effeminate man groaned, “Oh! Another Jesus freak! I don’t want to hear about it! See that woman sitting in the last chair? She also is a Jesus freak!” A prolonged silence followed. She furtively observed the woman in that last chair. She didn’t look freakish at all. When the hairdresser finished with her, on a sudden impulse she sat next to that woman and started a conversation. They became friends and she was invited to tea. Only then she opened her heart and revealed her dream. Her new friend immediately understood, put her at ease, frankly testified to her, then led her to Christ, helped her to grow in the Lord and took her to the private homes where born-again Israelis meet for worship.

During that year, 1986, the Jewish authorities in the ministry of education had at last discovered that the most famous Israeli is Jesus! Thus, there was a new interest to find out who He was, what He did and what He taught. For the first time in history, the New Testament was being officially studied in Jerusalem’s public schools. This didn’t last long, for the modern day Pharisees eventually put a stop to that. But by then, some divine seed had been sown! Pray that God may reveal to those who read the New Testament the full meaning of Christ’s crucifixion and resurrection, who He is, what He did and what He is saying to them so that many among them will actually be born again!

I found out that more and more Israelis are becoming Christians. They fellowship privately in homes and lead others to Christ on a person-to-person basis, as the Lord guides them.

Elijah thought he was the only believer left, and God revealed to him that there were no less than seven thousand that had not bowed their knees to Baal. There may be many more in Israel today!

How on earth I got on the INSIDE of this, is in itself Gods own doing, for which I joyfully thank Him! It still astonishes me!

Although Israelis that become born-again Christians run the risk of being deported from the country should their new faith be made known to the authorities, born-again Arabs in the so-called occupied territories can freely pass out Arabic New Testaments and preach the Gospel to other Arabs. It seems that the Jewish authorities considered that an Arab that becomes a Christian is much less of a terrorist possibility than a fanatic kamikaze-minded Muslim. That fact became a golden opportunity for born-again Arabs in those territories to evangelize other Arabs. Some of them do it marvelously well!

From Conversing With God – Chapter 4