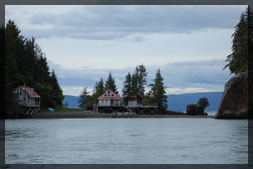 In 1982 I was preaching in Buenos Aires, capital of Argentina, where I was delighted to find a very progressive association of pastors from several denominations. Intensely evangelistic and missionary minded, they love each other dearly, preach in each other’s pulpits and cooperate together to reach the lost.

It all began when God called Ivan Baker, an Argentine-born son of British missionaries, to personal evangelism. He was pastoring a sizeable congregation and had sought in vain to stir them up to become soul-winners.

Frustrated by the poor response, he was pouring out his heart to God in prayer. All of a sudden, God opened his eyes and he realized he had been asking his congregation to do something he was not doing. He had been excusing himself because he was so busy with pastoral duties.

Keeping it a secret from his congregation, he began right then to witness to his neighbors. This resulted in new converts, with whom he began gathering in weekly home meetings. These grew and multiplied so fast that Ivan began training several potential leaders just as Paul trained Timothy. These were so powerfully motivated by the Lord that they began winning others to Christ and training them in the Word of God, just as they had been trained by Ivan. In a year-and-a-half, Baker had as many born-again believers outside his large congregation as he had previously had inside. He had kept all this activity a closely guarded secret from his congregation.

After a year went by, he felt the day of unveiling had come. He asked all the believers from the home meetings to come to his main service on Sunday morning. The place quickly got filled to overflowing. The puzzled congregation could not figure out what had brought in this great crowd of smiling strangers until Ivan stood up and said, “I apologize, beloved. I had been lashing the whip over you and yelling `Giddiyup! Go! Evangelize! Win others! Train others! Do something; don’t just sit there!’ when suddenly God opened my eyes to see that I wasn’t doing what I was preaching. I repented and began visiting my neighbors and witnessing to them. The response was so surprisingly positive that soon I had several home meetings going. Today you see the great number of people the Lord has brought in.”

Ivan then introduced some of the new believers and had them testify. Their testimonies were so fresh and vivid that many in the congregation began to weep with repentance and stepped forward to give themselves anew to the Lord in consecration. Then God began to bless them in personal evangelism and follow-up. Since then, God has continued blessing Ivan and is using him to renew stagnated Christians as well as to lead many unsaved people to Christ. Ivan now ministers all over Argentina and even in other South American countries.

Jesus commanded: “Go ye into all the world, and preach the gospel to every creature.” (Mark 16:15b).

I wonder how many Christians when they read those words, think this means to travel all the way to the heart of darkest Africa, or far to the aborigines in Australia, or to Eskimoes in Northern Alaska to preach the gospel, then decide it is impractical or out of their financial means. What should I do?

The answer is very simple. Jesus said: “But ye shall receive power, after that the Holy Ghost is come upon you: and ye shall be witnesses unto me both in Jerusalem, and in all Judea, and in Samaria, and unto the uttermost part of the earth.” (Acts 1:8). When He had spoken these things, while their gaze was fixed on Him, He was taken up to heaven while they all watched Him ascend.

We begin where we are. That is the way it all began in the first century. They first preached in Jerusalem, then in Judea, then in Samaria and eventually all around the world. And that is how you got to hear the gospel in America.

So where should I go. Where should you go? Pray first. You might then start like Ivan did, with your next door neighbors. The Lord will lead you, one step at a time.

Our Heavenly Father, the words of Your Only Begotten Son, my Lord Jesus Christ are in my heart, when He asked those early 500 believers to go into all the world, and preach the gospel to every creature, each one to go to the area You would appoint for them to go. So I respond, `Here am I, Lord, send me. Here is my wife, Lord, send her with me to preach the gospel. You promised that we would receive power, after that the Holy Ghost is come upon us, enabling us to be Your witnesses, to tell people about You and what You did for us all by the crucifixion and resurrection of Your Son Jesus, the Christ. Thank You that the Holy Spirit did indeed come. Do help me to pray and tell about Christ to all my relatives, friends and neighbors. Then, as You lead me, help me to tell others in the town or city where I live, to others in my county, my state, my country and to the uttermost part of the earth. You lead me where You want me to go. Deliver me from going to the place of “my” preference. I only want to go where You send me. And I fully trust You to go with me, for if You are not going with me, do not take me there. Thank You, our Father. In the name of the Lord Jesus Christ. Amen.

From Dialogues With God – Chapter 7