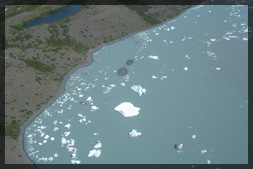 Toward the end of 1989, Ann and I were in Uruguay, South America, where I was ministering God’s Word in five cities, which made me remember this glowing page from the archives of my memory.

The year was 1945 when I first began preaching in Montevideo’s largest open-air street-market. From the day we started, it was my lot to climb on a portable platform and preach Christ and Him crucified to the milling crowds of that one-million-inhabitants city. They had come to buy groceries, vegetables and fruit. We had come to win souls for Christ. To be allowed to preach there, we rented two corner areas and sold Bibles and New Testaments at low cost. While some of us manned the Bible displays, others gave out Gospel tracts. We all took turns to preach to the crowd. In the United States it is almost impossible to gather a crowd around a preacher in an open-air street meeting, but in the Third World countries, a crowd will always gather when the Gospel is thus preached. The receptivity level is far greater than in USA.

I well remember the day when I spotted a man in the crowd with his eyes riveted on me as I was preaching. I mistakenly thought he was interested in the Gospel, so as soon as I finished my sermon, I stepped down from the platform and made a beeline to that man, to seek to lead him personally to Christ. I even invited him home for a meal. After a while I noticed that he turned to two men in the crowd and said, “The plan is canceled.” I had no idea to what he was referring to. Yes, this man made a profession of faith and started attending our church services. And he did come over to the house for a meal. Only then he mustered enough courage to tell me, “Fred, I have a confession to make. That first day when you spoke to me personally after you preached in the street-market, I had come with two anarchist thugs to beat you up! You might have noticed that after you and I conversed, I turned to two men flanking me and told them that the “plan” was canceled. The plan was to beat you up! We thought you were a capitalist spy deceiving the masses!”

Many more were born-again through those open-air services in the street-market and became soul winners themselves. I have been in 47 countries.

I have preached, witnessed and testified in all kinds of situations. By His mercy and grace, the Lord always protected me. Not once have I been killed!