When Everything Else Had Failed 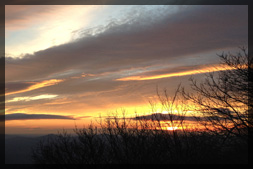 In 1965 or thereabouts I was in a tropical island in Asia for about a month. On its coast, there is a fisherman’s town, where a congregation of believ­ers gathered. Unfortunately, severe dissention arose among them. They were on the verge of an inevitable split. As they met together, hoping against hope to solve the problem, there was a long silence.

They could not preach or pray, for that would cause some to feel that the others were preaching or praying against them. They were hopelessly locked in an impasse. You could say that the devil had them cornered, in jaque mate, chess­ly speaking. Just at the moment when they were about to become one more religious wreck among the many other splits, splinters and slivers on the shoals of ecclesiastical dissention, one brother, out of sheer desperation, timidly ventured,

“Could we just read a portion of Scripture? Any Scripture! Please, somebody choose a portion. Any portion!”

Another moment of silence, then another timorous voice suggested a portion. Soon they all began reading together. They were sad, so they read slowly, pausing every now and then to ponder on God’s Word.

Suddenly, someone repeated the word they had just read, making it his personal prayer–verbatim! This inspir­ed another to do likewise. A third one soon followed their example. Soon, they were all participating, one after anoth­er, in reading God’s Word aloud and prayerfully. The sad­ness vanished. Hope poured in. Eventually, the joy of the Lord was freely flowing from one another. They embraced, forgave, and loved one another. The inevitable split was averted. The church survived and Satan lost again.

Some time later, a few brethren in Ameri­ca were comment­ing about the event mentioned in the previous chapter. Someone said that they should try this way of reading the Word of God prayerfully. Another suggested they choose the most unlikely chapter in Scripture. The first chapter of Matthew was chosen, as it contains a long genealogy, which to some is very boring to read. If they could read that chapter prayerfully, they would certainly be enabled to do so anywhere else in Scripture!

That night’s prayer meeting became historic. One after another different members of the congregation would read a verse, or part of a verse, and very briefly pray about it. No one ever dreamed it would be so lively! We all discovered how enlivening, how life-giving God is! This became a door into one more way of praying, for according to Ephesians chapter six, there are all manners of prayer and supplication.

I am not suggesting that you read Matthew in that way. But they did and God blessed them indeed. If you want to try this, I suggest you prayerfully read the book of Ephesians, Colossians or John 17.

From Communing With God – Chapter 6