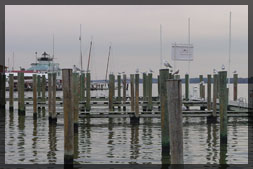 “God, break their teeth in their mouth! Cut them to pieces!

Back in 1950 I had heard a pastor making fun of old ladies reading the psalms. He said that real Christian masculine men should read the New Testament instead. But, as I read the Psalms again I discovered he was wrong. We should read the entire Bible, for I was gladly surprised to find in more than half of the psalms, forcefully militant, aggressive, cursing prayers against David’s enemies. David was no sissy, he was a valiant warrior.

How, however, was I to apply David’s psalms, (thundering curses on his enemies,) to my daily life today, when in the New Testament the Lord commands us to love our enemies? This spurred me to ask God. He gladly showed me. I then understood that whereas we are to love our human enemies and pray for them, God also wants us to hate His real enemies and ours, which are Satan, demons, evil spirits, sin, pride, envy, greed, murder, etc.

There is only one God, but in Hebrews 1:9 God the Father tells God the Son, “Thou hast loved righteousness, and hated iniquity; therefore God, even thy God; hath anointed thee with the oil of gladness above thy fellows.”

Just like Jesus loves doing right and hates evil, God desires for us to love doing right and hate evil. God loves people but hates their sins. Let us love people. But let us vent our hatred against sin. Hate Satan and his evil kingdom of darkness, hate evil spirits. Hate demons.

You will greatly enjoy prayerfully reading the Psalms. Read Psalm 97:10a, “Ye that love the Lord, hate evil.” Then pray, “Lord, I love You and I hate evil!”

In the middle of Psalm 101, New Century Version we read, “O Lord… I hate those that turn against You.” Then pray, “Heavenly Father, remember that Satan is the first one that ever turned against You, then he caused many others to turn against You as well. That is why I hate Satan.”

In Psalm 58:6a,7c, we read, “Break their teeth, O God, in their mouth… let them be as cut in pieces.” But before you ask God to break Satan’s teeth and cut him in pieces, remember that God has already defeated Satan at the cross. Remember that through His death on the cross, Jesus destroyed Satan who had the power of death. Jesus disarmed him. He triumphed over him and judged him. Satan now has less power than a toothless, clawless lion. The only thing Satan can now do is to lie, deceive and accuse. But you do not need to believe what Satan says. Believe God instead. Believe what God says in His Word. Then pray: “Heavenly Father, break Satan’s lies, deceit and accusations. Help me to reject Satan’s temptations. I will believe the Bible. I thank You because the Lord Jesus Christ died for my sins and resurrected. In the name of the Lord Jesus Christ. Amen.”

Here we have some verses in Colossians 2:13-15 Living Bible, “You were dead in sins, and your sinful desires were not yet cut away. Then He gave you a share in the very life of Christ, for he forgave all your sins, and blotted out the charges proved against you, the list of His commandments which you had not obeyed. He took this list of sins and destroyed it by nailing it to Christ’s cross. In this way God took away Satan’s power to accuse you of sin, and God openly displayed to the whole world Christ’s triumph at the cross where your sins were all taken away.”

Oh, how wonderful that you and I can now immediately pray, based on those very words of God as follows: “Heavenly Father, I was dead in sins, and my sinful desires were not yet cut away. Then You gave me a share in the very life of Christ, for You forgave all my sins, and blotted out the charges proved against me, the list of Your commandments which I had not obeyed. You took this list of sins and destroyed it by nailing it to Christ’s cross. In this way You took away Satan’s power to accuse me of sin, and You, my God, openly displayed to the whole world Christ’s triumph at the cross where my sins were all taken away.”

Notice that this way of praying delivers you from even the effort of finding adequate words to pray. You simply use the best words of all, God’s own Word. It also assures you that praying God’s Word, you are assuredly praying according to His Will!

Now let us read in John 16:11 Living Bible, “And the Helper (the Holy Spirit) will prove to them that judgment happened when the ruler of this world (Satan) was judged.”    You and I can celebrate this good news by praying aloud on the basis of God’s Word as follows,

“Heavenly Father, thank You that the Holy Spirit proves to me in Your Word that judgment already happened when Satan, who used to rule this present world was judged when Jesus was crucified. He has been judged already! He now has no power. All he can do is to lie, deceive and accuse. I do not believe what Satan says. Because You, Heavenly Father, have declared that Satan has already been judged, it is so. It is a fact. I believe You, Father. You do not lie. Alleluia!”

To help you realize the enormous power ready to be released in our behalf as we prayerfully read the Word of God, I will use a personal experience. We’ll travel backward in time to the year 1959 and southward geographically to Montevideo, Uruguay, South America.

I was at a cross-road in my life. Some excellent options were before me, but I did not know which one I should pursue. My heart was heavy as I prayed on into the night. At 1:30 a.m. I was still on my knees when I perceived that God wanted me to read Matthew 4. I read a verse or two and, as my habit was, I prayed regarding what I read. When I got to verse 4 and began praying over it, I realized that this heaviness of heart was because of opposition from the enemy, Satan. God immediately triggered a reaction in me to stand against the devil, so I prayed paraphrasing the very words of the Lord Jesus,

“I shall not live by bread alone, but by every word that proceeds out of the mouth of God. I will not listen to Satan, or the world, or my own natural preferences. Heavenly Father, I will live by every word from Your mouth!”

A flood of joy came over me. My heart free from the oppression of Satan. The heaviness was gone!

Then I read verses five through seven, stopping to pray about these verses. At this point I realized that Satan hates the Lord Jesus Christ who indwells me. The heaviness I had experienced was the opposition of Satan not against me, but against the Lord Jesus Christ who resides in me. I realized then that when Jesus was tempted, He spoke directly to the devil and rebuked him. With a sudden inspiration, I addressed the tempter firmly and said,

“Satan, it is written, you shall not tempt the Lord Jesus Christ, the Lord your God, who now lives in me!”

I realized that this greatly frustrated the tempter. I was full of joy.

Now I read verses 8 through 11, paused, and was stirred to stand up and tell the devil,

“Get thee hence, Satan, GET OUT OF HERE! For it is written, YOU SHALL WORSHIP THE LORD YOUR GOD, who is my Heavenly Father and who lives inside of me, and Him only you shall serve! I know you don’t want to, but even against your will, you will have to, because it is written, EVERY KNEE SHALL BOW AND EVERY TONGUE CONFESS THAT JESUS CHRIST IS LORD!”

The best way that I can describe what happened is that God’s commandment and promise, “Submit to God, resist the devil and he shall flee from you,” were actually experienced by me that night. I was beside myself with joy. I jumped around, lifting my hands to heaven, praising God! We considered such behavior fleshly. It is all right to get enthusiastic when your favorite soccer team scores, but for some unknown reason it is considered unspiritual to be excited when God gives you victory in your daily battles with our common enemy, the devil.

But I could not help myself; I was absolutely in love with the Lord Jesus!

Yes, that sense of heaviness which had occupied my heart had been totally wiped out; it was replaced by a wonderful sense of the presence of God Himself! Inside my innermost being, in my human spirit, I felt I was hugging God, kissing Him, worshipping Him, adoring Him, loving Him, beholding Him and not letting Him go. And He was loving me, holding me and not letting me go! God and I were living in each other. The words of Jesus, “Abide in me and I in you” had become a wonderful reality. This event dramatically changed my entire life! Oh, sure, I have had trials and tribulations since, but the reality of His presence has never left me. Admittedly very often I simply have to take it by faith, since I cannot always feel it. I’ve learned that I cannot trust the roller-coaster of my feelings. A person may feel in the penthouse of heavenly joy one moment, in the sub-basement of hellish grief in the next, but you can always take sure refuge in the unchangeable quality of God’s promises! “The just shall live by faith,” not by changeable emotions.

A few minutes later, as I continued reading Matthew 4, God used a verse to clearly show me what He wanted me to do at this cross-roads of my life. Only then He sent me to bed and I slept soundly.

Yes, even today as I prayerfully read God’s Word, God still speaks! As I pray what the Holy Spirit quickens to my heart, God still wonderfully answers my prayers!

From Conversing With God – Chapter 1