A Painting in a Shop Window 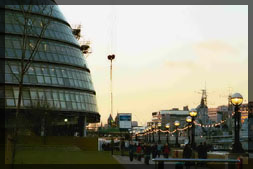 In 1989 I was ministering in five cities in Uruguay. One of these was the capital, Montevideo, with a population of one million. It was a joy to discover at that time that an open-air ministry I had helped to start was still going on, years later! It was amazing the way the Lord caused it all to begin, forty years ago! I well remember the day! During the Easter season, in one of the stores in downtown Montevideo, a famous artist was exhibiting a huge painting of Christ crucified in its largest shop-window. Scores of window-shoppers would stop, look at it for a long time and ponder.

One of the young men I was helping to grow in the Lord saw it first and immediately seized the opportunity to preach the Gospel to a growing crowd of onlookers. Next day he came to tell me what had happened. I was so thrilled that, strengthened by prayer, asked another brother to come with me and off we went to the place, stood by the picture and using it as an illustra­tion, began to preach Christ and Him crucified. The crowd kept growing from ten to forty to eighty. When I finished my sermon, the other brother that came with me preached also, while I distributed gospels of John, answered questions and sought to bring people to Christ one by one. We took turns doing this until the crowd around us was so large it was blocking pedestrian traffic on that normally very wide sidewalk and both of our throats were sore for preaching.

Suddenly a policeman came straight to me and asked, “Do you have a permit to do this?”

I answered, “I did not know I needed a permit.”

The policeman said, “All public speaking events need a permit from the police department. Go get your permit, then come and speak to the public.”

Since it was already late, we closed the meeting and went home.

Next day, after much prayer, we wrote a petition and presented it to the police department. Our request was granted. The police department wisely suggested we relocate one block away, to Plaza Libertad (Liberty Plaza) a park, where we had lots of room and the flow of pedestrians was steady. This time we brought our musical instruments and a portable platform plus a choir of singers. Wow! What a wonderful meeting we had! Every Saturday we would come, weather permitting. Through the years, scores of unsaved repented and were born-again through this open air ministry.

Destiny’s doors turn on very small hinges. Such a small, humble beginning, to seize an opportunity to witness for Christ publicly in front of a shop-window was used by God to start something that to this day is still going on by the Lord’s empowering Presence and Grace!

Never depreciate an opportunity to witness for Christ. Who knows! By doing so God can use you to begin something that after forty years will still be bringing glory to the Lord!

From Conversing With God – Chapter 8