The Sure Way to Overcome Satan – Part 3 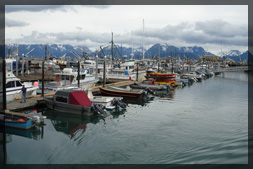 To illustrate to you what God had in mind in these verses, I will tell you about a wonderful friend we have, E. N. Cavelli, a police lieutenant, very knowledgeable in the use of fire-arms, quick on the draw and with a very good aim. Cavelli also did remarkable work as an undercover agent. Knows more about law than most career police officers. Cavelli also is a seminary graduate and knows much more about the Bible than the majori­ty of pastors. Cavelli is also a sharp psychologist, at present studying for a PhD degree. Small in stature, articulate and blessed with a great gift of good humor, our remarkable friend is a lovely and winsome woman. Her full name is Elizabeth Nora Cavelli.

This might surprise some of you, as you might not usually think of a woman to be a law-enforcing agent and police lieutenant. This is precisely why she is an excellent illustration of what God has entrusted us to do. Satan has been defeated at the cross and sentenced. But he is not yet incarcerated in eternal Hell. Who is to be the enforcing agent against the Devil? You!

Startling? Yet it is true. Our Lord Jesus Christ delegated His authority to His corporate Bride, the Church, to deal with His enemy and ours. This lovely girl, the Bride of Christ, which includes you and I, is delegated with authority to deal with the worse criminal of all, Satan, the arch-enemy of God and man, who has grown in power, size and strength from a little serpent to a great red dragon. Apparently it is an uneven contest, a woman against an enormous, incredibly evil, exceedingly strong and cunning dragon. Yet that is the way God likes to do such things. He reduced Gideon’s army to a mere 300 and with them defeated a confederation of several huge enemy armies. A young teen-ager named David defeated a colossal giant named Goliath. Little you can now defeat the greatest and worse enemy of all enemies, Satan.

It all hinges on the matter of Jesus delegating His authori­ty. Our friend Cavelli is small, but she has a badge of authority and a lethal gun. Likewise, we are so small compared with Satan, yet we have God’s delegated authority and our lethal weapon is even more powerful than a gun, it is the sword of the Holy Spirit, which is the Word of God. Wow!

Cavelli is a woman of authority, she has the rank of a lieutenant. She is also under authority to her superiors. Which reminds me of the following experience Jesus had: “There was an army officer who had a servant who was very important to him. The servant was so sick he was nearly dead. When the officer heard about Jesus, he sent some older Jewish leaders to him to ask Jesus to come and heal his servant. The men went to Jesus and begged him, saying, `This officer is worthy of your help. He loves our people, and he built us a synagogue.’ So Jesus went with the men. He was getting near the officer’s house when the officer sent friends to say, `Lord, don’t trouble your­self, because I am not worthy to have you come into my house. That is why I did not come to you myself. But you only need to command it, and my servant will be healed. I, too, am a man under the authority of others, and I have soldiers under my command. I tell one soldier, `Go,’ and he goes. I tell another soldier, `Come,’ and he comes. I say to my servant, `Do this,’ and my servant does it.’ When Jesus heard this, he was amazed. Turning to the crowd that was following him, he said, `I tell you, this is the greatest faith I have found anywhere, even in Israel.’ Those who had been sent to Jesus went back to the house where they found the servant in good health.” (Luke 7:2-10 New Century Version).

Reading the above verses moves me to pray right here and now. Will you join me?–Thank You Heavenly Father for this Roman centurion, who being a man of authority, clearly understood being under authority to his superiors in rank as well as commanding the men under him. Thank You for showing me that I am under the authority of Your Son. Thank You that He, in turn, has delegated me to express and represent His authority against Satan, our common enemy. Thank You that when our enemy harasses me, You have delegated me with Your very own authority, so I can even tell Satan: `Get out of here, Satan. That is an order, in the name and the authority of the Lord Jesus Christ!‘ And Satan has to obey, whether he likes it or not! In the name of the Lord Jesus Christ. Amen.

Capture those thoughts, imprison them, and reform them!

As a delegated law enforcement officer, we likewise can patrol our mind and if perchance an evil thought appears, rather than entertaining it and feeding that hog, we can immediately capture it, hand-cuff it and put it in jail so to say, reeducate it, and train it to obey Christ, which in effect, is the meaning of the following Scriptures, “It is true that I am an ordinary, weak human being, but I don’t use human plans and methods to win my battles. I use God’s mighty weapons, not those made by men, to knock down the devil’s strongholds. These weapons can break down every proud argument against God and every wall that can be built to keep men from finding him…” (2 Corinthians 10:3-5a Living Bible). “…and we take captive every thought to make it obedient to Christ.” (2 Corinthians 10:5b New International Version). “We even fight to capture every thought until it acknowledges the authority of Christ.” (2 Corinthians 10:5b Phillips).

For example, before becoming a Christian I was like a wild, promiscuous stallion, seeking to satisfy my lust with any consenting young woman. After I became a Christian, the fear of God and the presence of the Lord Jesus abiding in me helped me to stay pure for God and the wife the Lord eventually gave me. But I had to endure 12 long years of being single. The vivid memories of sinning with the women of my pre-Christian life would often come to my thoughts, which would cause me to call on the Lord in prayer for His help. He answered my prayers in an unexpected way.

Every time one of those lustful memories would pop into my mind, God inspired me to immediately pray for that particular young woman. In doing so, I was, in effect, operating like a law-enforcement police officer, capturing the evil thought, hand-cuffing it and reeducating it to pray for that young lady. This worked wonderfully.

With the march of time, I unexpectedly met one of those ladies, told her about Christ and what He did for me. My testimony convicted her of sin, caused her to repent of her ways and become a genuine Christian. After preaching in a service, another one of these ladies approached me to tell me that in her case the Lord also answered my prayers for her.

Does this stir you to pray? I will gladly join you, so let us pray together: Dearest Heavenly Father, it is true that I am an ordinary, weak human being, but I have quit using human psychology and man-made methods to win my battles. I simply come to You in prayer and use Your mighty weapons, like the sword of the Holy Spirit which is the Word of God, to knock down the devil’s strongholds in my memory. I praise You for giving me the mind of Christ to replace all evil thoughts and every proud argument against You. You made it so easy for me to find You any time through prayerfully reading Your Word. I thank You and I praise You that You instructed me in Your Word to capture every thought and reeducate it to make it obey Christ, praying for the salvation and growth in grace of those young ladies. You turned my evil thoughts into intercession, prayer, praise and worship. I love You Lord. In the name of the Lord Jesus Christ. Amen.

In prayer come to God’s throne to receive help

“But Jesus the Son of God is our great High Priest who has gone to heaven itself to help us; therefore let us never stop trusting Him. This High Priest of ours understands our weaknesses, since He had the same temptations we do, though He never once gave way to them and sinned. So let us come boldly to the very throne of God and stay there to receive His mercy and to find grace to help us in our times of need.” (Hebrews 4:14-16 Living Bible).

This Scripture is so encouraging that I am going to pray here and now. You may join me, if you wish. If so, let us pray: Heavenly Father, thank You that Your Son is my great High Priest who has gone to heaven itself to help me; so how can I ever stop trusting Him?! He understands my weaknesses, since He had the same temptations I do, though He never once gave way to them and sinned. So I come boldly to Your very throne, my God, and stay there to receive Your mercy and to find grace to help me in my times of need.

Jesus has been made everything we now need

“But of Him are ye in Christ Jesus, who of God is made unto us wisdom, and righteousness, and sanctification, and redemption: That, according as it is written, He that glorieth, let him glory in the Lord.” (1 Corinthians 1:30,31).

Let us pray, Lord Jesus, I am poor in spirit! But I take You, Lord Jesus, to be everything I need. Express Yourself through me. I have already received You as my only salvation. Now also be in me all I daily need. Remember that Your Word assures me that I am in You, Lord Jesus, and You in me. Remember that of the Father You have been made to be real wisdom for me. And also the right way to live (righteousness). And also sanctifi­cation, staying separated from evil and attached to You. And also redemption, Your having purchased me to belong to You. All this and much more, so that according to what is written in Your Word, I will not glory in myself. Instead, I will glory in You, Lord Jesus!