The Sure Way to Overcome Satan – Part 2 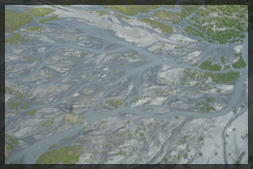 Whoever kills a human will be killed by a human

God also tells us that “Whoever kills a human being will be killed by a human being, because God made humans in his own image.” (Genesis 9:6 New Century Version). God also tells us that “He that leadeth into captivity shall go into capti­vity: he that killeth with the sword must be killed with the sword. Here is the patience and the faith of the saints.” (Revelation 13:10).

The word “whoever” is not limited to humans, it also includes beings of angelic order, even Satan. Sinful anger blinds good judgment. The sinful wrath of Satan reached its peak on Calvary. Satan’s absolute anger blinded his judgment absolutely. He thus vented his enormous wrath on an innocent victim, over whom–unlike to all other humans–he had no jurisdiction nor right because this holy Human had no sin. Furthermore, the father of Jesus was not human but divine, as He had been conceived by the Holy Spirit. Since Adam and Eve fell, all humans had belonged to Satan. With the exception of Jesus.        Because Satan had Jesus nailed on the cross, he became guilty of murdering One over which he had no rights at all. Satan became the “whoever” that killed the one and only sinless human being. This in turn gave Jesus the right to kill and destroy Satan. The crucifixion of Jesus left Satan inoperative. All angelic and human beings will exist eternally–either in Heaven or in Hell.    Although Satan has been sentenced to Hell forever, his sentence is yet to be carried out. Satan is not locked up yet. Since his power has been des­troyed, he is rendered inoperative.

The only thing Satan can do now is to lie, bluff, deceive, accuse and make people afraid. But actually, Satan is now as powerless as a toothless and clawless lion. He roars tremendously, but cannot bite.

Let us pray, Heavenly Father, thank You that by killing Your Son, Satan unwittingly became guilty of the greatest crime in history and thus, he destroyed himself, he was rendered inoperative, stripped of all power. Now we, guilty sinners, have repented and been born again, washed from all sin and filled with the good deeds of Jesus, who now lives inside us. Lord Jesus, now that You live inside us, You who overcame Satan and rendered him inoperative, are now overcoming Satan’s only weapon left against us, his lies, bluff, accusations and seeking to make us afraid of him. But I refuse to believe Satan’s lies. I choose to believe Your Word, dear Heavenly Father, for here is the patience and the faith of the saints, to believe Your Word and to patiently wait for its promised fulfillment. Thank you that Your enemy, who led so many into captivity, shall go into the eternal captivity of Hell. In the name of the Lord Jesus Christ. Amen.

Jesus has all authority, so go and disciple because He goes with you

Jesus told His disciples, “I have been given all authority in heaven and earth. Therefore go and make disciples…I am with you always, even to the end of the world.” (Matthew 28:18,19a,20c Living Bible).

He also told them, “And I have given you authority over all the power of the Enemy (Satan), and to walk among serpents and scorpions and to crush them. Nothing shall injure you!” (Luke 10:19 Living Bible).

The Father God gave His Son Jesus all authority in heaven and earth. God the Son gave us that same authority the Heav­enly Father had given Him, even over all the power of Satan. We can now crush Satan, demons, evil spirits, tempta­tions, etc. Nothing shall injure us. God said so. Jesus is with us always, even to the end of the world.

Let us pray, “Thank You Heavenly Father for giving all authority in heaven and earth to Your Son. Thank You that Your Son then gave us that same authority, even over all the authority of Satan, demons, evil spirits, temptations, and to crush them. Thank You Lord Jesus for assuring us that You are always with us, even to the end of the world. Thank You for giving us Your Word that nothing shall injure us. You graciously promised this and we are so glad that You cannot lie. We believe You. In the name of the Lord Jesus Christ. Amen.

Satan shall not prevail, so use those keys!

Jesus said to Peter, “You are Peter, a stone; and upon this rock I will build my church; and all the powers of hell shall not prevail against it. And I will give you the keys of the Kingdom of Heaven; whatever doors you lock on earth shall be locked in heaven; and whatever doors you open on earth shall be opened in heaven! (Matthew 16:18,19 Living Bible). Since it was Jesus Himself who said that, let us thank God right now. You may join me if you wish: “Thank You Father that Your Son Jesus is building His church. Since I am part of Your church, please build me firmly in it. Thank You that all the powers of hell shall not prevail against it, which includes me as part of the Church. Thank You for giving me the keys of the Kingdom of Heaven. Help me to use them many times every day. There are some situations in my family, my neighbourhood, my friends, my country, that need to be locked up against Satan, so I pray that You will lock him out of… (specify which these are). Then, there also are situations which need to be unlocked, in which Your presence is needed. Give repentance and salvation to: (specify). Untie So and So from alcohol addiction. Open a door of opportunity for Whats-his-name to preach the Gospel. Express Yourself through me and with me. In the name of the Lord Jesus Christ. Amen.

Through prayer bind Satan and release his captives

Then He told His followers, “And I tell you this–whatever you bind on earth is bound in heaven, and whatever you free on earth will be freed in heaven. I also tell you this–if two of you agree down here on earth concerning anything you ask for, my Father in heaven will do it for you. For where two or three gather together because they are mine, I will be right there among them.” (Matthew 18:18-20 Living Bible).

The crucifixion of Jesus was not an isolated accident. In God’s eyes, He views it in the context of its sequel, which is the resurrection, ascension and enthronement of His Son. Then Jesus sent the Holy Spirit to indwell believers, to fill them overflowingly with God. His crucifixion was actually His victory over Satan. Jesus defeated the Enemy by dying for us!

We experience the same principle in our Christian life: We die to self, our ego, our preferences, our will, but in so doing we experience His resurrection, ascension, enthronement and indwelling of the Holy Spirit. In God’s eyes, while we are still living on earth, we Christians can now sit next to Christ in the heavenlies.

Furthermore we can experience on earth the Divine mutual indwelling, we abiding in Jesus and He in us. We can live inside Christ who lives inside Christians! Wow! What a marvelous chain reaction!

Even if only two or three of us get together because we are His and agree in prayer concerning anything we ask for, God will do it for us because we are His. Furthermore, Jesus assures us that He is right there among us! Wow! What a Wonderful Prayer Partner we have! I can’t help but pray right now! Please join me, will you?

Thank You Heavenly Father, that we down here are all little stones, cemented by the Holy Spirit on Christ our founda­tion Rock, the chief cornerstone, on which He is building us, His Church Bride. Thank You that Jesus gave us the keys of the Kingdom of Heaven. Whatever doors we lock, whoever we bind, including Satan, demons, evil spirits, temptation, dangers, will be locked and bound in heaven. Whatever doors we open, who­ever we free, will be freed in heaven. Thank you that if even only two or three of us agree together in prayer concerning anything we ask for, You will do it for us. For where two or three gather together because we belong to You, You are right here among us! Yippee! Thank You Father. In the name of the Lord Jesus Christ. Amen.