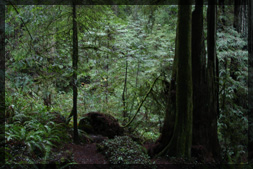 Here is an encouraging page from the archives of my memory:

In 1982 I was preaching in Bogota, Colombia, South America, when I met Guerrero, who invited me to preach in one of the churches he founded. A precious man of God, he has a heart for the lost. As an itinerant preacher, he braves many hazards to take the Gospel to the unreached. He risks his life motor-cycling in the dry summer heat on dangerously rutted dusty trails or horseback-riding through the winter mud, endlessly going from outpost to outpost to preach Christ to those who have never heard about our Savior.

Once, he reached a large dwelling in the jungle. He was not admitted inside. Instead, a fully armed guerrilla came out to meet him. Guerrero preached Christ to the guerrilla, whose response was non-committal. The preacher did not know that he had interrupted a 70-man guerrilla warfare planning meeting.

“I HAVE NOTHING TO LIVE FOR. TELL ME ABOUT YOUR CHRIST!”

The evangelist lovingly told him about our Redeemer. That sad guerrilla commander of 70 men repented and believed. What used to be the guerrilla headquarters now houses a thriving home church. The commander and his “house” were converted. Now he fearlessly witnesses about Christ to everybody, including to his former guerrillas. Some of them have been born again also. Instead of killing men, he now preaches the Christ Who enlivens men with Eternal Life!

Pray for that itinerant preacher.

From Dialogues With God – Chapter 5