Feasting on a Crumb 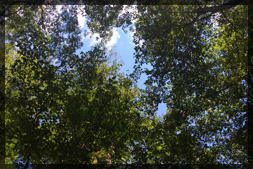 “Then Jesus went thence, and departed into the coasts of Tyre and Sidon. And, behold, a woman of Canaan came out of the same coasts, and cried unto Him, saying, `Have mercy on me, O Lord, thou son of David; my daughter is grievously vexed with a devil.’ But He answered her not a word. And His disciples came and besought Him, saying, `Send her away; for she cries after us.’ But He answered and said, `I am not sent but unto the lost sheep of the house of Israel.’ Then came she and worshipped Him, saying, `Lord, help me.’ But He answered and said, `It is not meet to take the children’s bread and cast it to dogs.’ And she said, `Truth, Lord: yet the dogs eat of the crumbs which fall from their masters’ table.’ Then Jesus answered and said unto her, `O woman, great is thy faith: be it unto thee even as thou wilt.’  And her daughter was made whole from that very hour” (Matthew 15:21-28).

“And from thence He arose, and went into the borders of Tyre and Sidon, and entered into an house, and would have no man know it: but He could not be hid. For a certain woman, whose young daughter had an unclean spirit, heard of Him, and came and fell at His feet: The woman was a Greek, a Syrophoenician by nation; and she besought Him that He would cast forth the devil out of her daughter. But Jesus said unto her, `Let the children first be filled: for it is not meet to take the children’s bread, and to cast it unto the dogs.’ And she answered and said unto Him, `Yes, Lord: yet the dogs under the table eat of the children’s crumbs.‘ And He said unto her, `For this saying go thy way; the devil is gone out of thy daughter.’ And when she was come to her house, she found the devil gone out, and her daughter laid upon the bed” (Mark 7:24-30).

She was not Jewish, this foreign woman.  But she had faith in the Jewish Messiah, so she came to Him with an urgent request. Her daughter had a demon within her and it tormented her constantly. She pled with Him to release her child from the demon’s control. Jesus told her that He should first help His own family–the Jews–before helping foreigners. He added that it isn’t right to take the children’s food and throw it to the dogs. She knew very well that the Jews considered all foreigners as dogs. But she did not stomp away, feeling grossly insulted, muttering to herself, “He called me a bitch!” No, she accepted the fact, as we all should accept the fact that we are sinners. She continued pleading, even for a crumb of the Bread of Life! God’s compassionate heart was obviously touched. She had answered well; so well that Jesus healed her little girl. He commanded the demon to leave. When the woman returned home, the demon was gone and her daughter was well.

Sometimes you barely have time to read a verse of Scripture rushing off to work. As you work, think about that verse, even if it is on merely one little word that touched your heart. Repeat that word; ask the Lord to bless that little crumb of the Bread of Life, and chew upon it all day! It will nourish you, bless you and encourage you. The Syro­phoeni­cian woman got her crumb, by humbling her­self and admitting that she was a bitch, a sinner in God’s eyes. She ate the little crumb that fell off the Jewish table and she wasn’t a bitch any more; she became one of God’s children! From a bitch to a child of God, able to pray and receive wonderful answers to prayer! Wow!

May we value even a crumb of God’s Word. Remember that “God is love.” Jesus said, “I am the Way, the Truth and the Life.” Those are good crumbs to chew upon all day. And there are many, many more in the infinite pantry of the Word of God.

I would greatly appreciate your joining me in prayer:

“Father, You will not give me a stone if I ask for bread, nor a snake if I ask for an egg. Help me to eat Your Word, to eat the Bread of Life. Help me to value and chew on even a crumb from Your Word, so that my bitchy natural life may be fully transformed into a true Christian life, the life of one begotten of God, by faith in the blood of Jesus. May that faith, that intake of the Bread of Life, cause me to grow spiritually and to receive answers to my prayers, like that Syrophoenician woman did. In the name of the Lord Jesus Christ. Amen.”