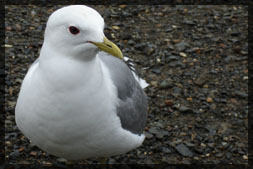 It was in 1983 that I met Fidel Hernandez in Oaxaca, Mexico. Before becoming a Christian he was a TV actor, famous but miserable. Yearly he would draw record viewing on the tube with his impersonation of Christ during His crucifixion and resurrection. Every Easter the newspapers would carry a picture of him with a crown of thorns and carrying a cross, which always stirred an elderly Christian lady to pray for his salvation. Year after year she prayed in what apparently seemed an exercise in futility.

One day, the actor’s youngest brother became critically ill. There was little that medical science was able to do, so the mother requested a local pastor to send someone to speak to her about it. The pastor, unaware that the sick child was the brother of the famous actor, sent that elderly Christian lady. Once in the home, she suddenly met the actor face to faceCthe man for whom she had been praying for many years! She was so startled that she found herself unable to witness to him at all.

Once she got home her conscience smote her. She had been praying for that man year after year that he would become a Christian and when God suddenly gave her the opportunity to share the Gospel with him, she got tongue tied! With tears she repented before the Lord and visited that home again.

This time she faithfully preached the Gospel to the actor. He listened politely but was non-committal.

She continued visiting the family regularly and always sought to share Christ with them, but still there was no reaction.

One day, as she was praying her heart out for this family, the actor finally repented, believed in Christ and was begotten of God. Christ became his life. Then the Lord called him into His service. He studied God’s Word and became an excellent minister, not only leading souls to Christ but also training them to win others as well.

He drove me in an old truck into the boondocks of Mexico, over precipitous mountain roads bordering sheer cliffs overlook­ing majestic Grand-Canyon-like scenery until we reached an extremely poor rural area. There he and I both took turns ministering the Word of God to forty indigenous mission­aries during an intense three-day week-end seminar. The interest of those forty men of God was excellent.

Accommodations were Spartan indeed: open fire cook­ing, smelly outhouses, flies everywhere. Windows without screens and plenty of hungry mosquitoes buzzing all night. On the other hand, God’s presence and blessing was indeed there.

Hernandez also took me to see one of the oldest and largest trees in the world: the famous tule tree in Oaxaca, dramatically dwarfing a three-story church building next to it. The gnarled old trunk is incredibly wide. I bought a local post-card showing forty children clasping hands and circling it close to the trunk. It is majestic indeed. I admired it for a long time. This tree was already alive and growing when our dearest Lord Jesus Christ was born, for it is well over 2,000 years old. It made me think of our Lord as the Tree of Life, eternally alive, always bearing fruit, full of life and blessing to us.

Our Lord Jesus Christ encourages believers to pray persis­tently. We read: “And he spake a parable unto them to this end, that men ought always to pray, and not to faint; Saying, There was in a city a judge, which feared not God, neither regarded  man: And there was a widow in that city; and she came unto him, saying, Avenge me of mine adversary. And he would not for a while: but afterward he said within himself, Though I fear not God, nor regard man; Yet because this widow troubleth me, I will avenge her, lest by her continual coming she weary me. And the Lord said, Hear what the unjust judge saith. And shall not God avenge his own elect, which cry day and night unto him, though he bear long with them? I tell you that he will avenge them speedily. Nevertheless when the Son of man cometh, shall he find faith on the earth? ­ (Luke 18:1-8.)

Pray for indigenous missionaries like Hernandez and those forty Mexican ministers faithfully laboring in the Lord’s fields white unto harvest in rural Mexico. When tempted to give up, remember the steadfastness of that old Christian lady. Would you pray right now? Then let us pray together,

Heavenly Father, bless and encourage Hernandez and those forty Mexican missionaries in the work You have given them to do.

Thank You for encouraging me in my intercesso­ry prayers with the testimony of the old Christian lady who persistently kept praying for the ex-actor until God answered her prayers by giving her the privilege of personally telling him about Christ, which eventually led to his salvation.

Lay on my heart now for whom to daily pray until they will be gloriously saved and grow spiritually to bring You much glory and praise.

In the name of the Lord Jesus Christ. Amen.