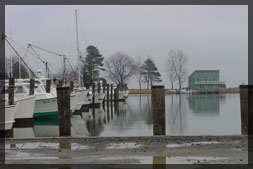 After our dearest Lord Jesus Christ died, resurrected, ascended and sat on the Throne of Glory, the little group of believers He left on the earth were superbly equipped to carry on the endeavor He had entrusted them. What was the most outstanding element of that equipment? The answer is so simple, so basic, it will startle you!

Of course, they enjoyed many aspects of Him. I will mention a few of the most obvious and outstanding of these:

The indwelling presence of Christ!

He had said to them,

They lived in the reality and enjoyment of that commandment!  Instead of merely learning about Christ, they experienced the Indwelling Christ continually!  The difference can be compared to merely reading about a lovely honeymoon versus actually experiencing the enjoyment of the best honeymoon ever!

Christ living inside them gave them continuous opportunities to enjoy all three aspects of His name (Lord Jesus Christ).

In taking Him as their Lord, in submitting absolutely to His rule, to His Lordship, they could in turn enjoy using His authority against Satan, sin, and the world.

His name Jesus blessed them with His Saviorhood.  Confessing their sins to God and to the people they had sinned against, they experienced the cleansing power of the blood of the Savior and the boldness it gave them to stand in the Father’s presence cleansed and unashamed.  His title Christ blessed them with His Christhood or Messiahship, with the practical experience of His indwelling them to do everything for them, in them, with them and unto the glory of the Father God, thus fulfilling inside them Isaiah’s prophetic prayer,

“Lord, You will ordain peace [God’s favor and blessings, temporal and spiritual] for us, for You have also wrought in us and for us all our works.” (Isaiah 26:12 Amplified Version).

The teaching of the anointing!

John wonderfully described it to us,

“But the anointing which ye have received of Him abideth in you, and ye need not that any man teach you: but as the same anointing teacheth you of all things, and is truth, and is no lie, and even as it hath taught you, ye shall abide in Him.” (1 John 2:27).

In the Old Testament times the ones who would get anointed into office were kings, priests, and prophets. John the Baptist stated that Jesus would anoint believers with the Holy Spirit. In these New Testament times in which we live, believers are anointed by the Lord Jesus, who is the Anointer. The Holy Spirit is the Anointing and abides inside the believers So does the Lord Jesus. The heavenly Father also abides inside true Christians.

Reigning with Christ in life we are under the regal authority of God so that we can exercise God’s royal authority to rule in life over Satan, sin, and worldliness.  Being thus anointed with the Holy Spirit, we can exercise the priestly life, interceding in prayer for others.

We are anointed with the Holy Spirit so we can prophecy, we can preach Christ. This anointing is none less than the Holy Spirit Himself staying in the believer, abiding inside the saint, actively teaching everything one needs to know!

They had something better than a theological seminary; they had none less than God the Holy Spirit Himself, actively and truthfully teaching them from within; not religious theo­ries, but how to live, what to say, what to do. They really got the inside information! God’s Word assures that what He teaches about us abiding in Him, even as He has taught us, we shall abide in Him! Wow! They had God’s guarantee! And we have it too!

Being the living letters of Christ.

Still another blessed privilege they were graced with was that they themselves had become living letters of Christ, Christ’s outgoing mail known and read of all men! God tells us through Paul that,

“Ye are our epistle written in our hearts, known and read of all men: Forasmuch as ye are manifestly declared to be the epistle of Christ ministered by us, written not with ink, but with the Spirit of the living God; not in tables of stone, but in fleshy tables of the heart.” (2 Corinthians 3:2,3)

The illiterate pagans around them could clearly read Christ in the daily life, conduct, testimony, and message of the early disciples. No wonder they were so effective in evangelizing! By the way, what do people read in you?

That was their personal, experiential testimony! Having been continually with Christ for three and a half years, the early disciples had actually lived with God during all that time!  They followed Him, ate with Him, and traveled with Him.

Today, we send our best young people to a theological seminary. They learn about God but, unfortunately, not many of them actually experience living with God! Yet today, through the indwelling Holy Spirit, He is even more available than then!  Now He can live inside of us, not merely at our side!

The early disciples had three and a half years of thrill­ing, breathtaking, genuine, wonderful experiences living with God!  Thus, their message was never theoretical, dogmatic, boring or academic!

Their message was simply showing others how they them­selves practiced enjoying the presence of God!

Their listeners did not hear religious dogma, they actually met God living and freely expressing Himself through these faithful disciples.

Notice how clearly this is emphasized in the testimony of the Apostle John as he talks about Jesus,

They went everywhere telling everybody who our Lord Jesus Christ was, is, had done, is doing and will yet do! They spoke of His redemptive crucifixion and how we died in Him.  They talked about His resurrection and how we rose in Him to walk in newness of life. They described His ascen­sion and how we ascended in Him. They shared about His enthronement and how we are seated with Him in the Heav­enlies. They preached of His abiding in them, staying in them, living inside them and of their living inside Him! Now that is very good news!

The experience of the corporate Body of Christ, the early church life, the new wineskin containing the new wine.

This was the continuation of the life of Christ now living on earth inside a corporate body, the church. He, being God, is infinite. Hence the need of many members to faithfully and radiantly express Him on this earth. And this they did! Unlike today, they did not express a denomination, a theory, a dogma, a doctrine, a religious system, or a way of baptizing. They just expressed Christ Himself, corporately living inside them, plus nothing! They experienced a foretaste of the New Jerusalem, the future home of God and man. This foretaste they perceived and enjoyed in their daily church life! We too can enjoy now the corporate sample, the fore­taste, of what is to come in eternity future!

This dialoguing with God, this conversing with God, they had experienced constantly as they lived and talked with the Lord Jesus for three and a half years. He answered their questions. He encouraged them. He warned them. He taught them. He trained them. He discipled them. Much of what He said to them was eventually written down and came to be known as the Gospels of Matthew, Mark, Luke, John and the beginning of the book of Acts.

What He said to them made a profound, indelible impres­sion on them. They did not need to memorize His words; they lived them, they experienced them daily! His words had become unforgettable to them! It was the unfor­gettable impact of Divine life lived out in a human body, for Christ lived by the life and speaking of the Father indwelling Him.

Then He was crucified and His disciples were desolate!

But He had promised them a Replacement!

Soon, His Divine Replacement, the Holy Spirit would come on the day of Pentecost. But this One came not merely to be with them; He also came to be in them! He took His residence inside them, closer than their own hands and feet!

Then, they simply continued living with the Holy Spirit JUST LIKE THEY HAD WITH JESUS!

Most of us Christians today have somehow neglected the sheer simplicity, spontaneity, and the marvelous present availability of continuously fellowshipping with God’s in­dwelling presence; of DAILY TALKING WITH GOD!

How tragic! I yearn to see all of us who call upon His Name to return to that early, first century life-style of talking with God!

My dear Christian reader, may God grace you with the practicality of communing without ceasing with the Holy Spirit Who indwells you, the sheer joy of talking with God continually!