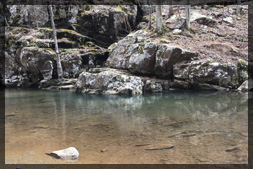 Throughout the years I have been often puzzled in my innermost when I receive so called prayer letters from mis­sionaries in which directly or indirectly they beg for money. Are not these, in effect, PRAYERS TO MAN?

WHY NOT PRAY TO GOD INSTEAD? HE IS RICH­ER AND MORE COMPASSIONATE THAN THE GREAT­EST HUMAN PHILANTHROPIST!

Reading the autobiography of George Muller (1800-1882) has challenged me greatly. Muller housed, fed and educated 4,000 orphans in Bristol, England and led most of them to faith in Christ, without appealing for funds nor disclosing his needs nor the needs of the orphans to anyone except God alone! He simply prayed! Years ago, God severe­ly dealt with me, deliver­ing me from begging from man. He made it plain to me that I was to live seeking to GIVE to others, not seeking to GET from others. To live by giving, not by getting!

I answered one of those begging letters from a mission­ary (true name is withheld). My letter shook him up pro­foundly. He seriously sought God’s will about it. He searched the Scrip­tures. He prayed. Then, God delivered him from writing begging letters. Only after he obeyed the Divine prompting, God blessed him with sizeable sums of money. Pray for him, so that he will continue to trust in God alone!

This is what I wrote to him:

Regarding your missionary letter, frankly, you are treading on ground that the Lord does not allow me to tread. Others may, I cannot. No matter how it seems to you, I got a strong impression. The people you mailed it to, will definite­ly get that same unmistakable impression. Like some mission­aries, you sought and found a way, through which you have indirectly and very covertly, begged for money. Much like a street beggar stretching forth his tin cup to a passer-by.  Even without saying one word, he makes his intention evi­dent. Well, you have begged from man, therefore you might get what man can do for you. Had you begged from God alone and no other, you would certainly have received what God can do! This might be a very bitter pill for you to swal­low, but I trust the medicine will produce a radical freeing you ­from your writing such money begging mission­ary letters, even if they artfully disguise your anxious tin cup.

You, like some missionaries, still pray to man, beg from man, instead of looking to God and consulting Him, praying to God and limiting your begging to God alone.

Although we definitely do not agree with your direct or indirect begging for money, we love you and pray for you.

As for me, God has mercifully shown me that He does not want me to live by begging, but by giving! Not begging from man, but giving to man! Just like He does, He loves us so much He gave. He gave His Son. God does not want me to expose to others the nakedness of my temporary need. Nor to brag about my temporary abundance. If we seek His Kingdom and His righteousness, all our other needs will be supplied as a fringe benefit!

Dear reader, do you have needs? I suggest you pray something like this:

Heavenly Father, You know I have needs. Deliver me from begging from man. You have made it clear for me to ask You alone for my needs. You are more compassionate than the most tender-hearted philanthropist. You own the cattle on a thousand hills. Father, You have said: “Ask and you will receive.” So I am asking You. You promised that if I ask You I will receive. I need (specify your need at this point.) I thank You in anticipation. In the name of the Lord Jesus Christ. Amen.

I have heard some comments about this writing from Fred.  Fred took an uncommon approach to finances.  God blessed his choices in regards to finances and I believe it became one of the keys to his success in Cuba.  Fred’s choices about how to relate to finances established his service to the Lord in a manner that was conducive to working in Cuba without the Cuban government taking issue.  I believe that his approach helped Fred in other ways, but I mention Cuba because of the growth the Lord has produced from some of Fred’s involvements in planting and watering for the gospel.  Each person serving the Lord stands before the Lord in regards to finances.  As I have explored this issue in Scripture, I believe Fred took a narrower path that is fully supported by scripture.  At the same time, Scripture does not preclude (but in fact supports) requesting monies on behalf of others when there isn’t any financial benefit for yourself.  Scripture does not clearly stand against requesting monies where you may also benefit, but there is a fine line as discussed by Paul when referring to false workers who operated in an unhealthy way for their own benefit.  May each of us pray and seek wisdom from the Lord in regards to how we handle finances.  I pray that we each hear His voice and remain under His hand in all of our dealings with finances as it relates to the Lord’s work.

From Talking with God – Chapter 14