God’s Promises Bless You and Others 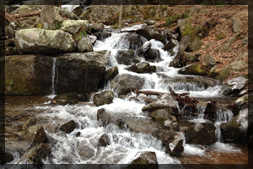 “But he (Melchizedek) whose descent is not counted from them received tithes of Abraham, and blessed him that had the promises. And without contradiction the less is blessed of the better” (Hebrews 7:6,7).

“And Joseph brought in Jacob his father, and set him before Pharaoh: and Jacob blessed Pharaoh” (Genesis 47:7).

He that has God’s promises gets blessed and can bless others.

If you have believed in the Lord Jesus Christ, all the promises in the Bible are yours. Melchizedek, who some consider a tempo­rary appearing of the Lord Jesus Christ on earth, blessed Abraham, the man who had the promises of God. We have even more and better promises. We have the entire Bible, especially the New Testament, including a better covenant than Abraham had. Yes, believer, God has blessed you with more and better promises! Through these better promises you can really be blessed and be a blessing to others!

I had read the verses quoted above prior to my deciding whether or not I should go to Managua, Nicaragua in Septem­ber 1989. I had been asked to be one of the speakers at a three day conference for Nicaraguan evangelical pastors. This time, as I prayed about it, there was a sense, a perception, an understanding, a hearing of God’s still, small voice, which made me realize that God wanted me to go. So I did!

In Managua, the Holy Spirit enabled me to preach God’s Word with great liberty and anointing to 1,250 Nicaraguan pastors. On two different days I was asked to preach the sermon at the main sessions. Their positive response was overwhelm­ing, refreshing, and exhilarating. We encouraged one another in the Lord.

After the conference, I stayed a week in Managua, minister­ing in churches during the evenings and on Sunday.

Later I received a personal letter from the evangelist who had invited me to speak, in which he stated,

“I don’t have words enough to express our gratitude. Many thanks for coming with us to Nicaragua. It is evident that we lived historic days there. It was an unfathomable blessing that you were with us. Your manifested love is a blessing to the Work of God in the Latin world. Please, share our gratitude to all those that made it possible for you to come and be with us. Only eternity will reveal the effects that this Leadership Seminar had on a whole nation. It was your investment of love that has made it possible. With gratitude and love, Your brother, Alberto Mottesi.”

On the last day, Gustavo Sevilla, the evangelist and lawyer that is the president of the National Council of Evangeli­cal Pastors of Nicaragua, the Nicaraguan organization that sponsored the event said, “The spiritual level of this event was the highest of any evangelical event we have ever held in Nicaragua. The meetings revolutionized the ministries of many pastors and prompted them to renew their commitment to serve the Lord.”

On that last day, as I joined the speakers and coordinators of this event in a little room to pray prior to appearing in public, we were startled when the door opened and a man in military uniform appeared and began shaking hands with us all. It caught us by surprise. I had no idea who this man was. As he came toward me with his hand outstretched, I prayed:

“Lord, what do You want me to say to this man?”

Immediately I sensed within to say: “May God bless you.”

As we shook hands, I looked straight in his eyes and said emphatically,

“May God bless you!”

After shaking hands with all, he went with us to the main hall, sat down and listened to the message of the evangelist who was speaking at that time. He heard the Gospel. I nudged the pastor sitting next to me and asked him who this man was. He answered in Spanish:

I was stunned. I had just blessed the president of Nicaragua, without knowing who he was!

Ortega surprised us all by appearing at the concluding pastors’ seminar on Saturday. He asked permission to speak and did so most eloquently. He was very applauded.

Suddenly, the verses quoted at the beginning of this chapter came to me. Yes, I have blessed Daniel Ortega, the president of Nicaragua, without knowing who he was! I honestly desire that he, like us, would be blessed with true repentance and absolute faith in the cleansing blood of the Lord Jesus Christ. May he, like all of us need to, be born again and do works meet for repentance. In fact, God had already blessed Ortega by bringing him and his body-guards to stay for the service to listen to the good-news of the Gospel which the evangelist shared that afternoon!

It is now up to Ortega and his body-guards to repent and believe the message of salvation God graciously allowed them to hear.

Culminating the several days of ministry was the October 1, 1989 “Day of the Bible” celebration, marking the 420th anniver­sary of the first publication of the Bible in Spanish. The open-air meeting was staged on the famous Revolution Plaza, on the steps of the ruins of the Roman Catholic cathedral, whose roof fell in during the big earthquake. An Argentine evangelist spoke to a crowd of at least 20,000. Following the message, several hundred persons indicated they wanted to receive Christ as their Savior.

That evening, as I was pondering on these things and praying to God, I realized that whether we are a president or a pauper, we need to repent and be born again. If we thus enter the Kingdom of God, the least of us is greater than all the unsaved kings of the world. Unquestionably, in God’s eyes, the smallest believer is greater than the greatest unbeliever. That is why Jacob, who had no visible rank, was a Prince in God’s eyes. And that is also why Pharaoh, who had visible rank, being one of the greatest monarchs of that day, was blessed by Jacob, whom God renamed Israel, which means, a Prince of God! God’s Word tells us that, “The less is blessed by the greater.”.

Yes, it is well for us, those born of God, to bless others; for without question, the lesser is blessed by the greater. So be encouraged, dear believer. In God’s eyes, though you might have been as crooked and conniving as Jacob once was, you have surrendered to God, repented and believed in Jesus Christ. You have believed in Him, not merely as your Savior, but also as your Lord, your King, your Boss, your Chief, your Leader, the One you obey. God has changed you, like He changed Jacob, from a crooked usurper into a true Prince of God. Now you are able to bless even the kings of this world, just as Jacob blessed the pagan Pharaoh, an idolatrous king of Egypt.

“Father, Yours is the rule, the power, the honor, the glory.

Thank You for showing me the great dignity You have bestowed on little mortals like me who have repented and been born again!

Thank You that Abraham, who received Your promises, was blessed and was a blessing to others.

Thank You that being a believer, I possess more and better promises than Abraham ever had.

Thank You that by these better promises I am blessed and can bless others. Through Your indwelling, I can bless even the Pharaohs, the kings, and the presidents of the world!

Because I was crucified with Christ, You, Father, have already freed me so I can daily experience being freed from that old Jacobean nature, the natural acquisitiveness, the grabbiness, the selfishness of my old nature.

You in me and through me can now bless and abun­dantly do good to others, giving instead of getting. We can even pray for presi­dents and those in authority, that we might live peaceably and be free to preach Christ. In the Name of the Great King of Kings and Lord of Lords, our Lord Jesus Christ. Amen.”

From Talking with God – Chapter 10