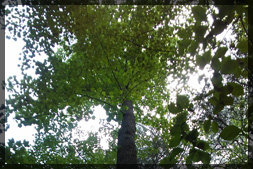 One day the sexual perversion of the cities of Sodom and Gomorrah had become so terrible that God decided to burn up the cities in a fiery cataclysm. So down from Heaven He came to destroy these cities. On the way He stopped to visit His dear friend, Abraham. Sensing this was God Himself, Abraham realized something important was about to happen. Since Abraham loved God and enjoyed God’s company more than any other, he prepared a feast for the Lord. When the Lord rose to leave, Abraham accompanied Him as far as he could. He loved to converse with God and valued the Lord’s fellowship above all else. He just wanted to be with Him. This touched God’s heart very much. It caused Him to ask Himself a most impor­tant question: “And the LORD said, Shall I hide from Abraham that thing which I do…?” (Genesis 18:17).

Thus Abraham’s persistence in being in God’s presence, even to the point of accompanying God on His way, in spite of his old age, was intensely appreciated by God. What follows is a classic case of intercession. Observe!

God could not hide from Abraham what He was about to do so He clearly revealed to him His decision to burn up the cities of Sodom and Gomorrah! This immediately reminded Abraham that his dear nephew, Lot, lived in one of those cursed cities. Desiring that Lot would be rescued from the flames of judgment, Abraham decided to intercede for Lot. Now remember that Abraham was Semitic and that race has been blessed by God with the ability to negotiate! So Abraham, true to his nature, began to barter with God for the rescue of Lot. He was accustomed to starting with an unusually high price, then bartering it down to a realistic level.

And so he did with God! Read the account:

Did you notice? Abraham had figured the number of all those he wanted rescued, which were Lot, Lot’s wife, Lot’s two daugh­ters, and the two men that were engaged to marry the two daughters, a total of six, so he set his mind on ten for good measure! But he negotiated with God all the way down from 50 to 45 to 40 to 30 to 20 to 10, finally satisfied that Lot and his family would now be saved from destruction! Did Abraham’s “negotiat­ing” bother God? Not one bit! He takes you as you are! He has utter confidence in His own ability to transform you into what He will make you to be; a Bride for Christ without spot of sin and without wrinkle of oldness! When God is finished with you, you will be lovely! Whereas now much remains to be done; you are still being worked upon!

What God wanted was to get Lot out of there! But He did not want to do it by Himself; He wanted to find someone who would intercede in Lot’s favor. Remember this principle: God does not want to do anything unless He can find someone with which to share His secret counsel so that they would pray? Abraham’s negotiating did not bother God. He could see Abraham’s heart, that he, like God Himself, also wanted to get Lot out of that sodomite city. That is the kind of friend God is looking for.

Yes, God appreciates your intimate friendship. Would you like to develop that friendship with Him? Then why not try reading prayerfully the verse at the beginning of this chapter? Perhaps your prayer will sound something like this:

Prayer (I tell God): “Remember, Father, that You did not hide from Abraham what You were about to do. You knew his heart and You know mine too. You knew that Abraham was going to pray for his nephew Lot. Father, don’t hide from me what You are about to do. I want to pray for others like Abraham did. Please cause me to know for whom to pray. Who do You want to rescue from danger? I want to have an intimate friendship with You, to be in full unison with what the Holy Spirit is interceding for. In the Name of the Lord Jesus Christ. Amen.”

From Talking with God – Chapter 9