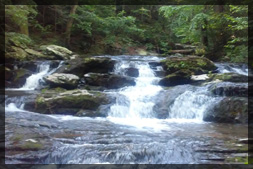 “Now when they had gone throughout Phrygia and the region of Galatia, and were forbidden of the Holy Ghost to preach the word in Asia, After they were come to Mysia, they assayed to go into Bithynia: but the Spirit suffered them not. And they passing by Mysia came down to Troas. And a vision appeared to Paul in the night; There stood a man from Macedonia, and prayed him, saying, Come over into Macedonia, and help us. And after he had seen the vision, immediately we endeavored to go into Macedonia, assuredly gathering that the Lord had called us for to preach the gospel unto them.” (Acts 16:6-12).

In September 1985 I was preaching in Costa Rica. I had heard that intense preparations were underway in Managua, Nicaragua, Central America, to cele­brate the anniversary of the translation of the Bible to Spanish. A permit had been obtained from the government to have a parade of 50,000 evangelicals through the streets of Managua. I did not want to miss such an important event, so I decided to go and attend it. When the day came for me to fly from Costa Rica to Managua, I had no liberty within me to go. I wanted to. But the more I inquired of the Lord, the more I felt inside the Divine veto. I vividly remembered the above verses of Scripture. As I prayed, using these verses, somehow I knew I should not go.

I confess I felt frustrated, as if I were missing a once-in-a-lifetime event! Finally, I gave up and obeyed the still small voice of the Lord within me. I prayed inquiring of the Lord what He wanted me to do instead. Then He told me. He reminded me of a certain preacher I had heard that day, a man I had felt God was using. I went to talk to him. As we chatted together, he invited me to preach for several days to his congregation in the town of Punta Arenas, a thin, long peninsu­la jutting into the Pacific Ocean. Instead of going to Nicaragua, I stayed in Costa Rica. God blessed the time together, and we rejoiced greatly in doing God’s will.

A few days later, as that man of God scanned the daily newspaper, he voiced a startled exclamation, and said to me,

“Remember that parade of 50,000 evangelicals you wanted to go to in Nicaragua? At the last moment and without previous warning, the government ordered it canceled!”

I was stunned! Had I disobeyed the veto of the Holy Spirit and traveled to Nicaragua to see that parade, I would have been greatly disappointed. I would have also been deeply grieved for having disobeyed God!

On top of that, we later discovered that some preachers who did go to participate in that event, were ordered out of the country! Had I stubbornly insisted on going, I too might have suffered that frustration!

Oh what miseries we can avoid if we give heed to the still, small voice of the Good Shepherd. “The sheep hear his voice…the sheep follow him: for they know his voice. And a stranger they will not follow, but will flee from him: for they know not the voice of strangers.”

Jesus said,“I am the good shepherd”

“Father, I am a dumb sheep, but You are teaching me to heed and hearken to the still, small voice of the Holy Spirit. When Your Son was crucified for me, not only my sins but also I, myself, was put to death in Him.

Because of that, You have delivered me from following my natural inclinations. You continually cause me to inquire of You. May Your Will be done, not mine. I thank You that You are not a dumb idol; You are the living and speaking God, who lives and speaks in my innermost being, who leads me accurate­ly, with perfect precision. I confess I almost did not obey You. How I thank You that, by Your mercy, I did! Surely it must have been You Who enabled me to obey You! You spared me from a lot of unnecessary grief! I love You. In the Name of my Good Shepherd, the Lord Jesus Christ. Amen.”

From Talking with God – Chapter 8