↓ Skip to Main Content
Home › Fred Malir › You Don’t Know What to Do? Ask God!

You Don’t Know What to Do? Ask God! 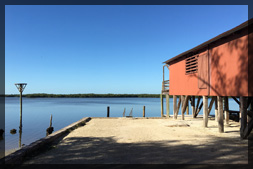 “If any of you lack wisdom, let him ask of God, that giveth to all men liberally, and upbraideth not; and it shall be given him. But let him ask in faith, nothing wavering. For he that wavereth is like a wave of the sea driven with the wind and tossed. For let not that man think that he shall receive any thing of the Lord. A double-minded man is unstable in all his ways. (James 1:5-8).

In November 1986, I had a blessed experience in the small city of Guarapuava, in the state of Parana, in Brazil. I was teaching the Word of God daily, mornings and after­noons in an indigenous training base to 21 young Brazilian missionar­ies.

Every evening I also preached in one of several home meetings. One of these was in a large home with a huge liv­ing room, full of well over a hundred teen-agers. Most of them were sitting cross-legged on comfy cushions on the floor.

It was a joy to see many of them open up their inner­most being to the Lord Jesus Christ, asking Him to come and abide in them as their Redeemer.

The last morning we had an unscheduled, spontaneous gathering to share with one another whatever God would lay on our hearts. After prayer and thanksgiv­ing to the Lord, our hostess, the lady of the house said,

“I am bewildered and concerned that although I want to spend time interceding for others in prayer, I do not know for sure for whom I should pray and for whom I should not. Thousands of people live in Guarapuava, so obviously I cannot earnestly pray by name for everyone. How can I know who to pray for. How do I know when to stop? How many should I pray for?”

That was a good question! I simply said,

“Ask God! He is not a dumb idol. He is alive! He speaks! If you want to know what God wants you to do, ask Him! He will gladly tell you.”

So she prayed a very simple prayer asking Him her question.

When I left, she stated that she was going to spend some time praying for those the Lord would lay on her heart.

That evening, since the pastor was out, I was asked to coun­sel­ a young military man that had come to the pastor’s home.

Seconds later I was introduced to an amiable and earnest sergeant of the Brazilian Army. He shook my hand and said, “I have begun to consider the Gospel but have not yet become convinced about the Lord Jesus. Recently my wife died and I have been feeling very lonely. I became so despondent that I decided to commit suicide. When I was alone this morning, I grabbed my revolver and was about to shoot myself when, inexplicably, a great peace came over me. I was reminded of the lady that had told me about the Lord Jesus dying on the cross for my sins. I felt I should put away my revolver, pick up the phone and call her. When she answered, I asked,

`Have you been praying for me?’

At the other end of the line I heard her gasp and say,

`Yes, as a matter of fact, I have just been praying for you; during the past fifteen minutes!’

`God saved my life while you prayed for me!'”

After he finished telling me his story, we prayed together. He very simply put his trust in our Savior and Lord, Jesus Christ. With tears of joy filling his eyes, he hugged me and we thanked the Lord together for His marvelous mercy.

Would you like to know who that praying lady was? Yes, she was the same woman that asked God for whom she should intercede that day.

As I left Guarapuava the next day, I prayed that during the next gathering in that lady’s living room two exciting testimonies would be given, one by a young military sergeant, the second by a lady who had learned to ask God who to pray for.

The hostess, the sergeant, and all who were present, must have rejoiced and praised God together.

Have YOU asked God for whom you should pray today?

Well then, let’s ask Him right now, shall we?

“Father, I want to know what You want me to do; You are always ready to give a bountiful supply of wisdom to all who ask You; You will not resent it. For whom do You want me to pray today? In the name of the Lord Jesus Christ. Amen.”

From Talking with God – Chapter 4